LITTLE ROCK, Ark. — Rapper Kanye West on Monday filed signatures to appear on the Arkansas ballot this fall as an independent presidential candidate.
Aug 4, 2020 9:39 AM By: Canadian Press 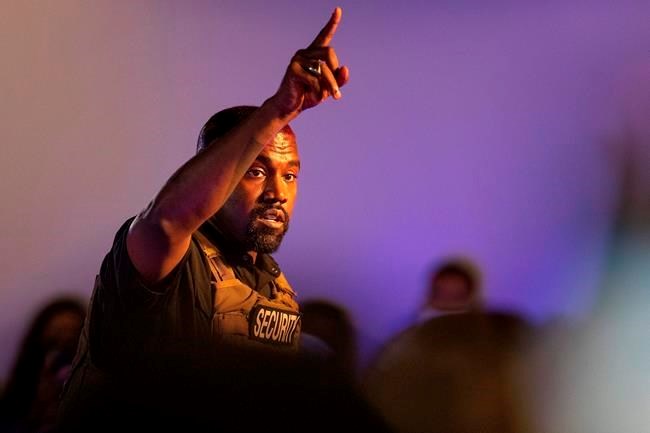 LITTLE ROCK, Ark. — Rapper Kanye West on Monday filed signatures to appear on the Arkansas ballot this fall as an independent presidential candidate.

Representatives of West submitted 1,723 signatures with the secretary of state's office, which has 10 days to verify that he's submitted the 1,000 signatures from registered voters required to appear on the Arkansas ballot.

West, who once backed Republican President Donald Trump, announced last month that he had broken with Trump and would launch his own presidential bid.

West's wife, reality TV star and beauty mogul Kim Kardashian West, asked the public on social media last month to show compassion and empathy toward her husband because he is bipolar.

Arkansas is a solidly Republican state that Trump won easily in 2016.

NY Times: Trump paid $750 in US income taxes in 2016, 2017
Sep 27, 2020 9:46 PM
Comments
We welcome your feedback and encourage you to share your thoughts. We ask that you be respectful of others and their points of view, refrain from personal attacks and stay on topic. To learn about our commenting policies and how we moderate, please read our Community Guidelines.