The show will go on this summer in Stratford 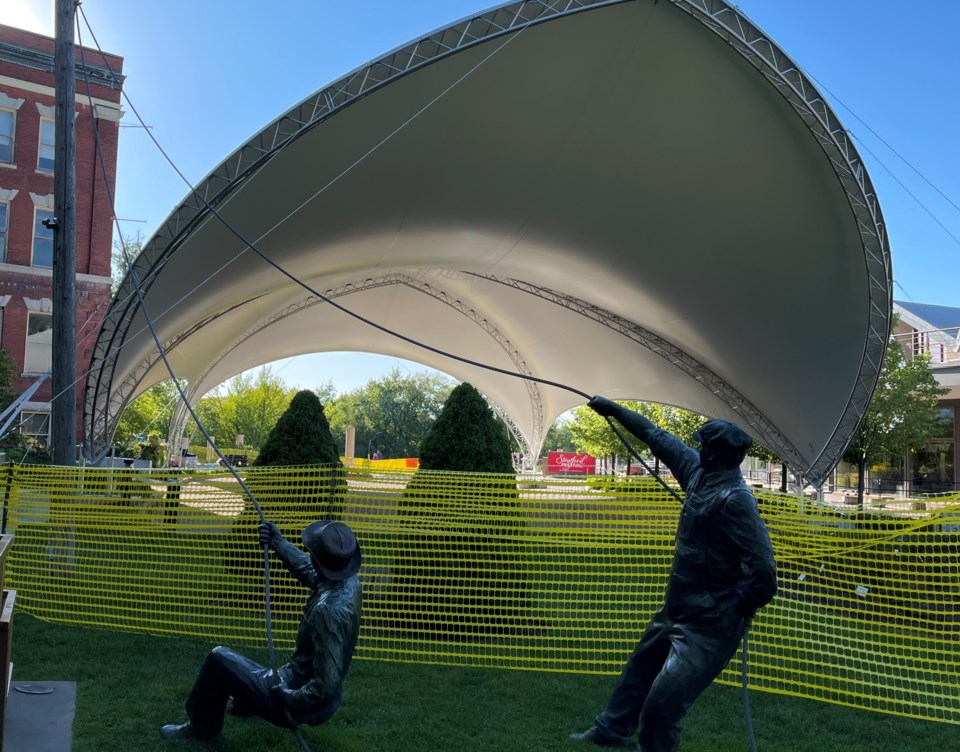 One of the outdoor tents set up for performances at the Stratford Festival.Lisa Drew/KitchenerToday

There is hope outdoor performances at the Stratford Festival will roll out next month under two new big tents.

Ann Swerdfager, the festival's publicity director, told 570 NEWS it gives them enormous joy to be back doing live theatre, saying "it's a taste" of what they normally do.

There was no season last year, cancelled for the first time in almost 70 years.

"There was a real feeling at festival that we had to do something this year, no matter how difficult it was to do it," she said.

Two big performance tents went up in the last month on the festival property.

Swerdfager said they "kind of look like the Sydney opera house."

The festival is now waiting on the green light from the Ford government, and to get the allowed capacity numbers, before tickets for the six plays and five cabarets can go on sale.

Last week, Stratford Festival marked the opening of its new Tom Patterson Theatre with an online tour and docu-series.

Ontario Place transforming into 'year-round' attraction, Budweiser Stage to get makeover
Jul 30, 2021 10:35 AM