Businesses are hoping that tourism will pick up again later in the summer months
May 31, 2020 4:03 PM By: Phi Doan 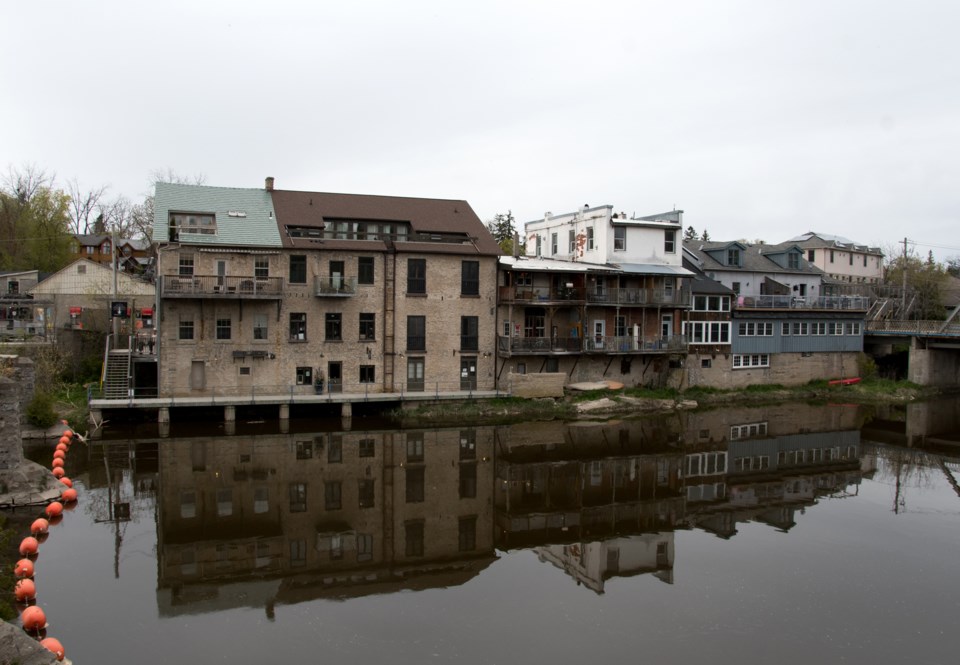 The back of the buildings on Mill Street in Elora are reflected on the Grand River. Rob Massey for GuelphToday

It's a welcome change to many of the businesses located downtown, who have felt the effects of the pandemic on their backend.

Colleen Lucas, owner of the Mermaid in Elora, has been seeing a steady stream of patrons come into her store this weekend, but says it's still a far cry from her usual traffic before the pandemic.

"Certainly not back to normal, I mean we certainly are still cautious," she said. Many businesses in Elora rely on tourism to drive sales and the hope is that by the summer, people become a bit more comfortable with travelling again.

"Everybody that came through the store were smaller groups and we're respectful of each other, and made sure that they gave people their distance, so we certainly appreciated that," Lucas said.

Meanwhile, Sharon Scott, owner of Grand Gourmet, says opening up the streets to pedestrians only was a great idea, but even she had some reservations on how effective it is.

"Probably one of the best days we had since March the 15, but it was from a lot of locals who support all the merchants in town," Scott said. Tourists accounted for around 90 per cent of her business in the summer months.

However, some businesses seemed to be doing fairly well. Peggy Anderson-Coates is the co-owner of Sweet Distractions along with her husband Tom Coates. A fair bit of their business has moved to home delivery, but Tom Coates says the weekend saw about the same amount of customers they did before the pandemic.

"Just that we have less cars. It's safer for kids. Safer for families," he said.

"It seemed a lot safer. People didn't have to dart across the roads," Peggy Anderson-Coates "It just seemed more open, more friendly."

The two are hoping to see traffic pick-up later on in the summer months.

The street closure will occur every weekend starting Saturday at 9 a.m. and re-open 7 p.m. the following Sunday.

The following streets will be affected by the closure: