Crews called to another blaze in Cambridge, two firefighters sent to hospital (update) 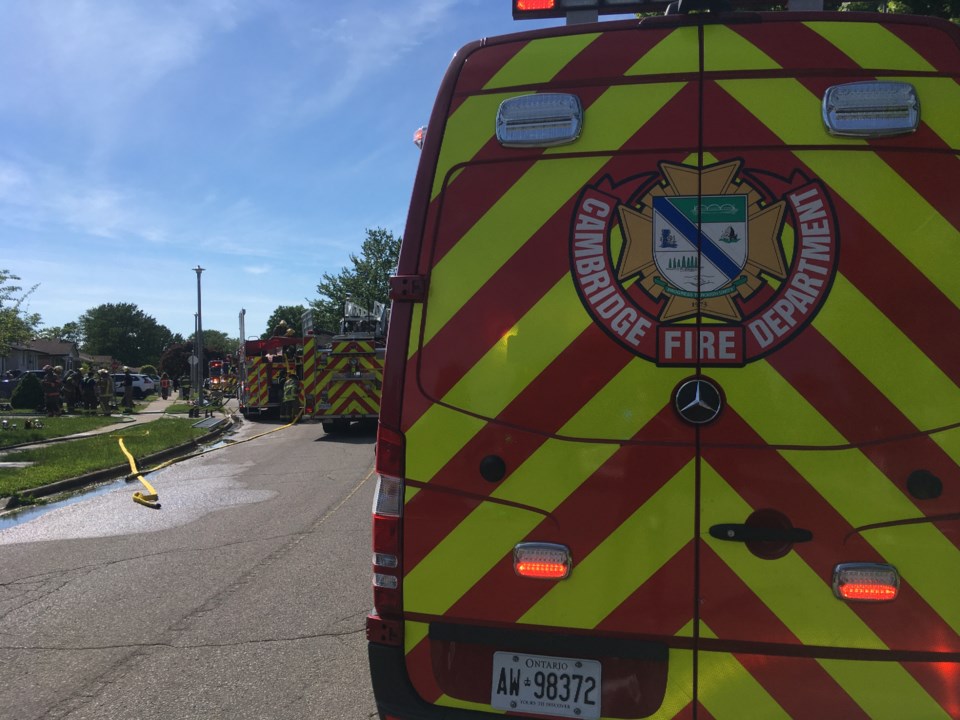 Two firefighters were sent to Cambridge Memorial Hospital with heat exhaustion following a pair of house fires on Rouse Avenue.

It happened late Monday afternoon and Cambridge Fire described the blazes in that neighbourhood as 'significant'.

No other injuries were reported.

Waterloo Regional Police shut down roadways in the vicinity for hours, including Rouse Avenue and Currie Street.

The investigation into what caused the fires is ongoing, and there's no damage estimate.

It was the second major incident within hours in that city.

The afternoon fire on Linden Drive sent one firefighter to hospital with heat exhaustion, and the cause of that fire is believed to be accidental.

UPDATE: Both House Fires are under control. Crews are working on loss prevention. Fire Investigators are on scene determining the cause, origin and circumstances of the fire. We are proud of the hard work done by CFD, Police, Energy Plus, Union Gas, BOX 690 and Paramedic Services https://t.co/2BKzwsOchV