Cambridge man sentenced to six years for role in 2018 shooting

Three people were charged in connection with the killing of Bradley Pogue
Sep 11, 2020 5:15 PM By: Erin Anderson 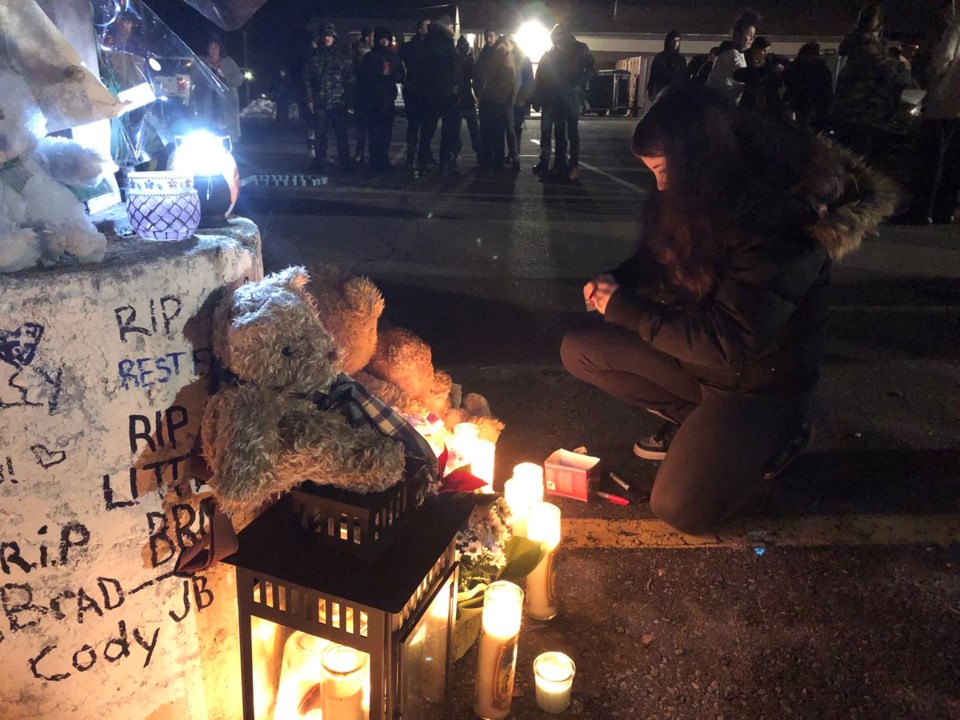 A woman lights up a candle in memory of Bradley Pogue, who was killed at the corner of Christopher and Champlain last week. Aastha Shetty/570 NEWS

A Cambridge man has received a six-year sentence after pleading guilty to manslaughter.

According to CTV Kitchener, Adam de Gannes will spend the next 34 months behind bars as time-served was factored in.

De Gannes was originally charged with second-degree murder but it was later downgraded.

It follows the shooting death of Bradley Pogue in November of 2018.

Two others were arrested in connection with the investigation.

A 38-year-old Cambridge woman was charged for offences including accessory after the fact to murder in the second degree.

A 17-year-old male was charged with second degree murder, but cannot be further identified due to his age.