There's a mayors bet on the Rangers-Storm series 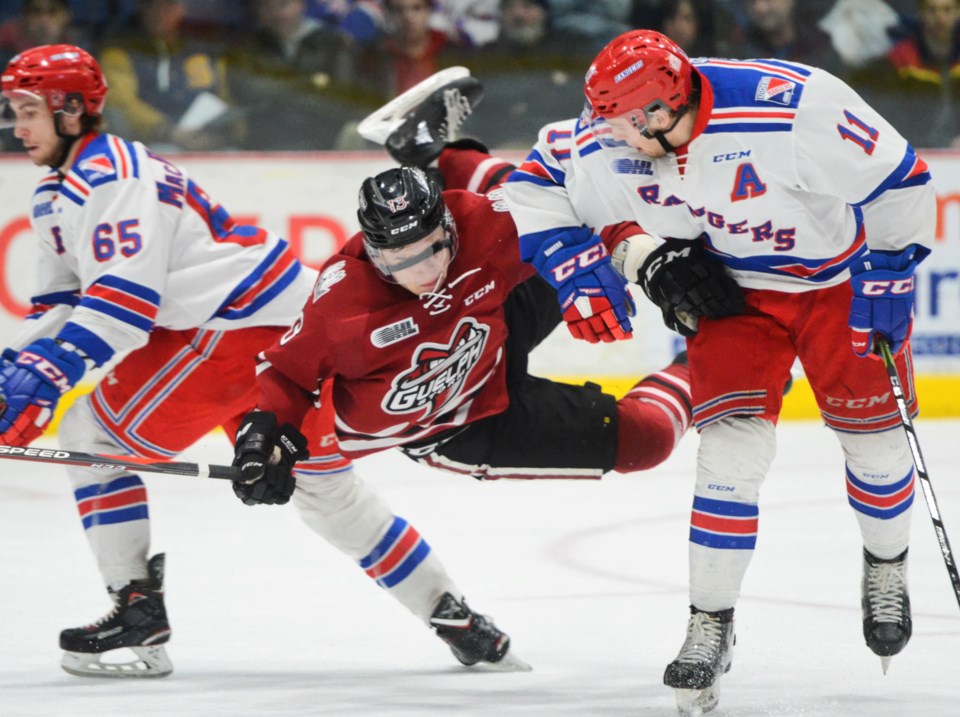 Alexey Toropchenko of the Guelph Storm is upended by Cole Cameron of the Kitchener Rangers Sunday at the Sleeman Centre. Tony Saxon/GuelphToday

The Highway 7 rivalry is also playing out in the horseshoe at city hall's in Kitchener and Guelph.

Kitchener Mayor Berry Vrbanovic and Guelph Mayor Cam Guthrie have made a wager on the first round playoff series between the Kitchener Rangers and Guelph Storm.

The losing mayor has to send a case of beer, from a brewery in their city, to the winning mayor.

If the Rangers lose the series, Vrbanovic has to wear a Storm jersey at an upcoming council meeting. Guthrie has to dress in Rangers' blue if Kitchener takes the series.

You can listen to Game one, live on 570 NEWS Friday night.

So how about it @berryonline? Loser has to wear winners team jersey for a portion of an upcoming city council meeting and buy winner a case of some local brew? @Storm_City @OHLRangers @WellingtonBrew #Guelph #GuelphStorm #GoStormGo pic.twitter.com/bVR4owU1iz