Dean Prentice spent 22 years in the NHL with five teams, and was a former Recreational Director in Ayr
Nov 5, 2019 5:30 AM By: Mark Pare 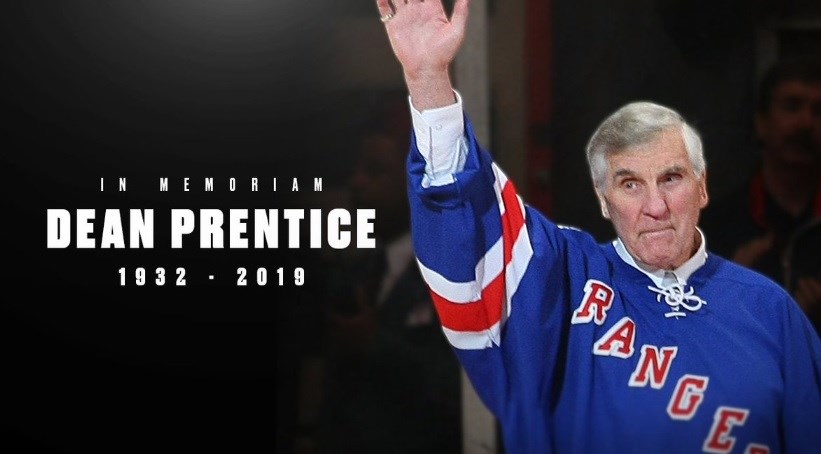 An obituary says he was surrounded by his family when he passed on Saturday at the age of 87 in Cambridge.

The family is expressing their appreciation to resident Marcel and the staff at Granite Landing for their care of Prentice during his short stay there.

Born in Schumacher, ON (now a part of Timmins, ON), Prentice won a Memorial Cup with the Guelph Biltmore Madhatters in 1952.

After his career, Prentice later became the Recreation Director with the Township of Ayr.  He, along with his wife (of 65 years, June), joined the Hockey Ministries International staff in 1988.

The obituary says a visitation and celebration of life will take place later on this month in Cambridge.

Today we mourn the passing of longtime Ranger Dean Prentice.

Dean will always remain in our hearts and will forever be a part of the Blueshirts family. pic.twitter.com/cxRHvMaB2y

We offer our deepest condolences to the Prentice family. https://t.co/RBy36V5TqX