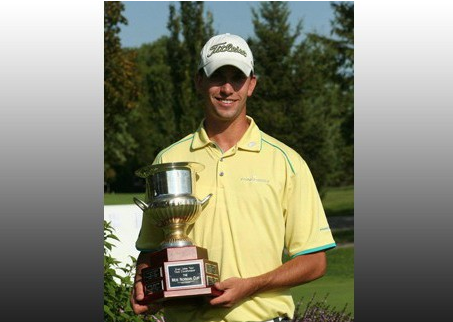 Michael Gligic says it's pretty special to get to play in the RBC Canadian Open.

The Kitchener resident will be one of 21 Canadians who will tee it up in the national tournament in Oakville.

"I've played in two of them before, but this one is, I think is extra special because it's at Glen Abbey, which is obviously kind of like the home of Canadian golf...I spent a lot of time there, living in Burlington, growing up," Gligic told KitchenerToday.

He moved to Kitchener several years ago to live with his girlfriend, now wife.

"I think now...little bit older and more mature, been playing pro golf for a lot longer...I'll be in a better spot mentally this week and I think my game has grown a long way too. Been playing some pretty good golf as of late, hopefully it can parlay into a good one this week."

Gligic, who golfs out of Whistle Bear Golf Club in North Dumfries, is also looking forward to being able to play in front of family and friends.

Listowel's Corey Conners is in the field as well. He tees off just before 12:30 p.m.

You can view the leaderboard here.