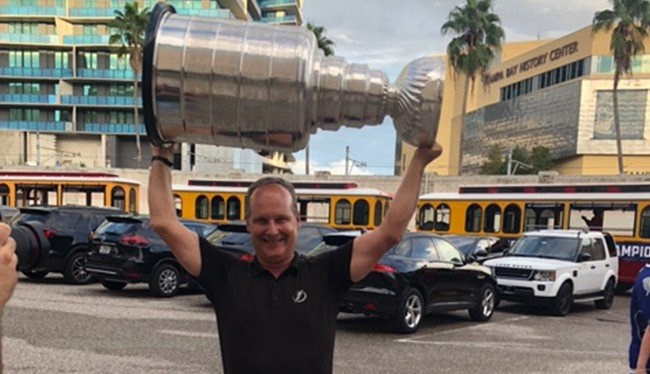 Griggs (BA '92), who first joined the National Hockey League franchise in 2010, has also held the roles of president and chief operating officer.

“We are thrilled for Steve on being part of a Stanley Cup Champion,” commented Golden Hawks head coach, and former teammate with Laurier, Greg Puhalski. “Tampa has been a success on and off the ice and Steve deserves a lot of credit for that. Congratulations Steve!”

Griggs played three seasons with the Golden Hawks between 1988 and 1991, winning a pair of OUAA titles with the team.

Due to the pandemic, this year's Stanley Cup playoffs were played in bubbles in Toronto and Edmonton.

OHL season to start Feb. 4 (update)
Oct 28, 2020 2:30 PM
Comments
We welcome your feedback and encourage you to share your thoughts. We ask that you be respectful of others and their points of view, refrain from personal attacks and stay on topic. To learn about our commenting policies and how we moderate, please read our Community Guidelines.