It was organized by the Coalition of Muslim Women, who invited community leaders from various faiths to join them
Jan 30, 2019 9:15 AM By: Phi Doan 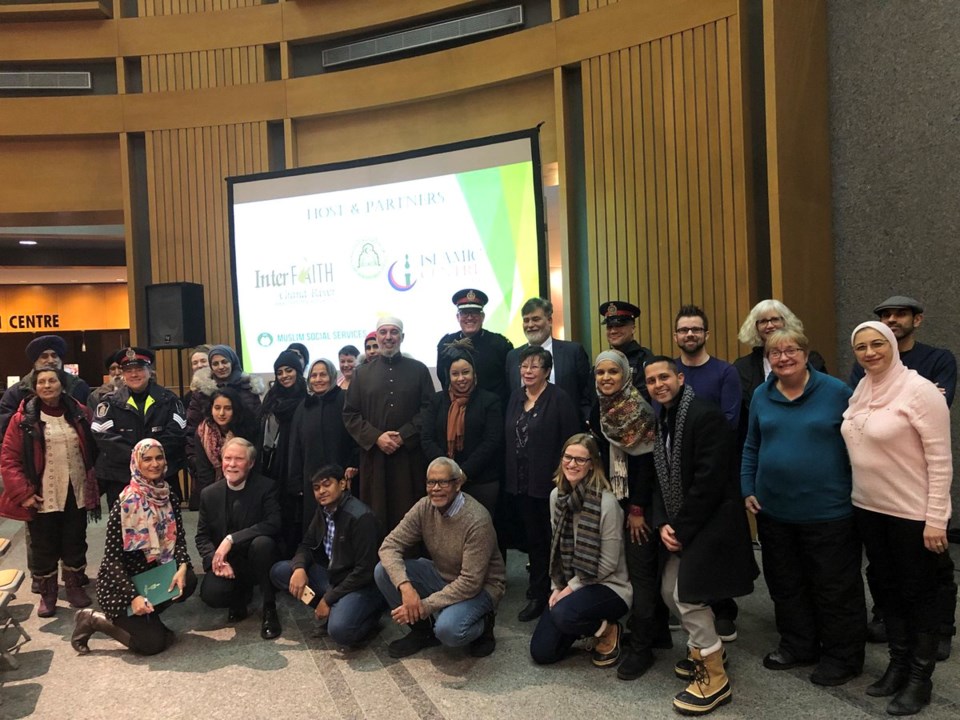 Two years ago, tragedy struck a mosque in Quebec City.

It was the evening of January 29, 2017 that a gunman entered the Islamic Cultural Centre of Quebec City mosque and opened fire, killing six people and injuring 19 others.

On Tuesday, commemorations were held across the country, including one here in Waterloo Region.

The Coalition of Muslim Women led the charge and invited community leaders from various faiths to join them in prayer at Kitchener City Hall.

Imam Kabbar from the Islamic Centre of Cambridge had begun his prayer with an apology for any individuals using Islam to harm others.

"I want to say to people around me that if any a person who did something bad, he doesn't represent me or Islam. And if somebody did something like that I want to apologize for people who get fear," he said.

Kabbar said it is unfortunate that he must apologize, but he sees it as a test.

Pastor James Brown lead the Christian prayer, saying regardless of faith, he sees it as a religious responsibility to care for each other.

The gathering was also an opportunity for community leaders to reflect on rising Islamophobia.

"When there's a news story or report of somebody who says they are Muslim that claims that tradition and especially uses that as a rationale to harm, innocent Muslims that are actually living Islam in the way that it should be lived with love, compassion, and care; are targets," she said.

Lindo goes on to say with rising intolerance in the world, these events are important as they give people a space to talk and have the community show its support.

Fauzia Baig, the Director of Community Engagement and Outreach for the Coalition of Muslim Women, acknowledges the rise of Islamophobia in Canada.

"We know that there's definitely tension building and that this is why this work is even more important. That's why we have to keep coming out and keep supporting these types of simple things," she said.

Baig has experience with these gatherings. She won a provincial award for organizing the Salaam Canada campaign shortly after the shooting, handing out cookies to engage people in conversation outside Carl Zehr Square.

She won a provincial award for that effort.

"We're just here. We're breaking down barriers," she said, "We're putting ourselves out there for you to come and meet and get to know us."

"Let's all just share in something, just a simple kind gesture."