With the Region expecting as much as 20 centimetres of snow in some parts by Wednesday, the City of Waterloo says its crews are getting ready to clear the roads including with a new, big snow blower
Nov 30, 2020 3:30 PM By: Casey Taylor 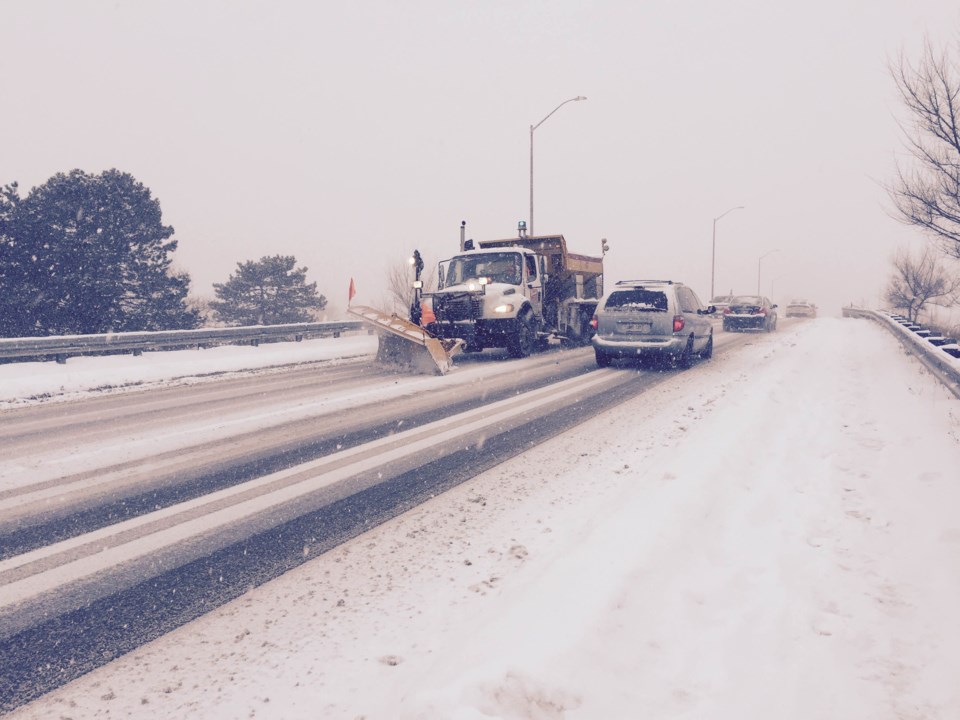 With Environment Canada calling for as much as 20 centimetres of snow in some parts of Waterloo Region by Wednesday the City of Waterloo says the timing could be worse, but it also could be better.

"It's a problem when we have the seasons collide," said Christine Koehler, Director of Transportation with the City of Waterloo. "So leaf pickup isn't quite done and snow season is just starting so we have to balance out our staff and what they can manage with the equipment that we have."

That's because the same trucks are used for both duties but Koehler says the plows are going on those trucks today so they will be ready for snow clearing.

"We (also) have our salt for the next few weeks available for us, we did get a few loads in last week to top up our salt dome as well from the storm that we had last weekend," said Koehler.

And this year, a new toy. The city says they have added a new snowblower to their fleet.

"It is a big piece of equipment that blows the snow," Koehler said. "Primarily we use it in areas like the overpasses to blow the snow off the bridges so the snow doesn't come down onto the expressway or we have other areas where we can blow the snow onto the fields off of the streets instead of plowing them."

As for timing, as always the city says the main arteries are going to be the focus.

"We start on the main roads first obviously so our regional roads like Bridgeport, Erb, University, those streets get done first," said Koehler. "If you live on a cul-de-sac we have 24 hours after the snow has stopped to get your streets cleaned."

"I just ask that the public be patient with us that the public be patient with us as we're transitioning from leaves into Winter and there may be some streets unfortunately that still have leaves on them," added Koehler. "When the snow melts like it did last week we'll come back if we can to get those leaves but it will depend on if the snow stays - if the snow stays our leaf program is complete."