Diane Freeman has been named a climate change champion
0
Feb 4, 2019 7:00 AM By: KitchenerToday Staff 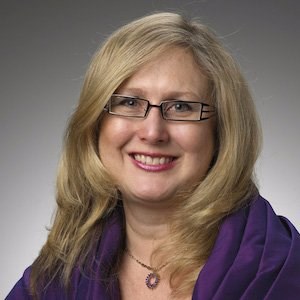 A Waterloo City Councillor has been named an elected climate change champion by the Federation of Canadian Municipalities (FCM).

Ward 4 Councillor Diane Freeman will be travelling across the country as part of the Municipalities for Climate Innovation Program. She says she will be working with municipalities across Canada to help them find efficiencies when addressing climate change.

"What I'm talking about here is opportunities for municipalities to think differently, especially if they want to look at ways to increase operational efficiency and at the same time make some impacts associated with the environment," Freeman told Kitchener Today with Brian Bourke on 570 NEWS.

Freeman said that she hopes to educate municipalities about resources the federal government has to help them reduce their greenhouse gas emissions. "It's really getting out, talking to my colleagues on municipal councils and helping them tap in to those federal resources."

Along with Freeman, the FCM has named three other councillor as part of the program. Freeman told Bourke that she believes Waterloo Region is a leader in Canada when it comes to addressing climate change and reducing greenhouse gas emissions. She references the work that Waterloo has done by recently revamping all of the city streets and the installation of roundabouts throughout the city, which she says help ensure cars idle less and cut down on operational costs of traffic lights.

Freeman acknowledges different municipalities may make different choices when addressing climate change that work best for them. She said programs such as electric charging stations, bike sharing programs and car pooling are examples of ways municipalities can start thinking differently to reduce impacts to the environment.

"I think that the conversations are going to be around what's important to your municipality and where are your priorities right now."