The fourth year student posted on social media about her experience trying to secure a place to rent
Sep 16, 2019 4:30 PM By: Cali Doran 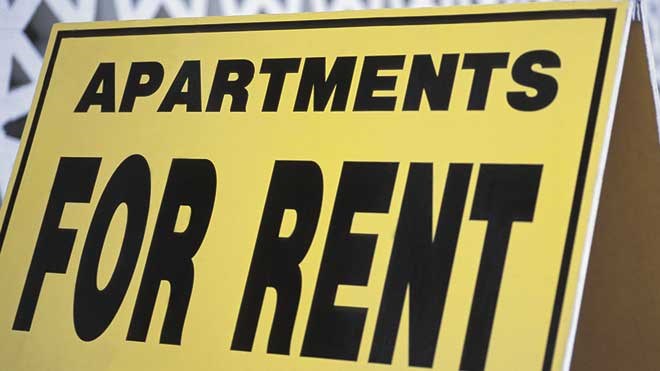 Sylvia Skoruch, a fourth year student at the University of Waterloo says she had a very hard time securing a place to live this year.

When she finally did, she told The Mike Farwell Show on 570 NEWS that those accommodations were taken away from her, just days before she was suppose to move in.

"They called me last minute that they had to cancel my lease due to renovations for safety concerns, and said they will not be renting the penthouse at all for the next year. They called me at the worst time of the year because absolutely everything was sold out by then."

After the incident, Skoruch took to Facebook to air her grievances and was shocked to find out that many people also had concerns with student housing in Waterloo.

She says she also reached out to Waterloo Mayor Dave Jaworsky about the issue.

Jaworsky said Skoruch raised some very important concerns in her email, but some of her concerns are out of the region's reach.

"We have a rental housing by-law in the City of Waterloo that only applies to buildings that are three stories and under and many of the issues that I think have been defined are really concerning towers in town."

He added. "The reality is certainly large apartment buildings are governed by the Provincial Government, the Minister of Municipal Affairs and Housing, through the Residential Tenancies Act, and complaints would do through that process."

Jaworsky said unfortunately this process takes a long time, and often times the student is finished the school year before it is dealt with.

Skoruch has reached out to Waterloo MPP Catherine Fife, and is hoping to take the issue to the Minister of Municipal Affairs and Housing. 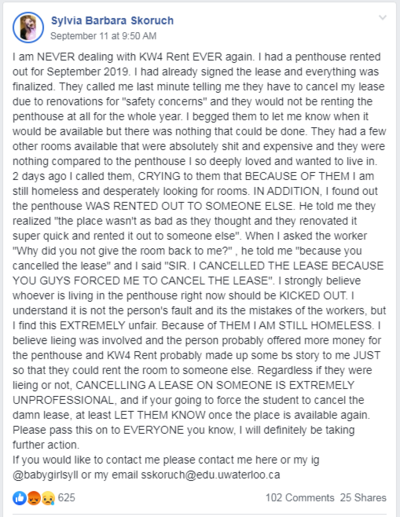