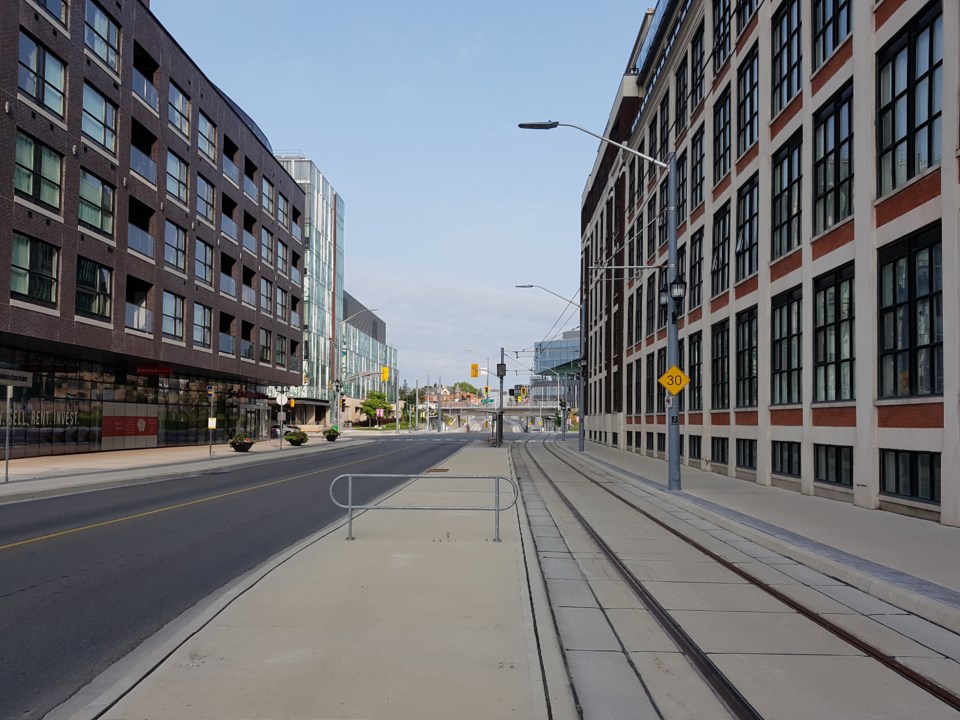 The posters have different messages, including "smash white guilt," "Canada awake," "break debt slavery," and "love not hate." The last of those is particularly ironic, given that each poster has a swastika or anti-semitic imagery.

The website listed on the posters is peppered with Nazi imagery and propoganda, along with a forum for members to post in.

There's also a manifesto, listing "The Fourteen Points," which are fourteen demands of the government relating to white supremecy and Nazi ideology.

It appears to have its roots in the United States, as older posts on the forum can be seen labelled as "activism," where similar posters were put up in Nevada.

In a Facebook post, one community member warned to be careful when taking down Neo-Nazi posters, claiming that some may have razor blades behind them.

One local politician speaking out against the posters, and the ideology, is Regional Councillor Tom Galloway.

"It's pretty sickening that there are individuals who subscribe to that kind of almost demented philosophy in our society in 2020," said Galloway in an interview, calling the situation harmful even if it was just one person holding those ideals.

He noted that the posters reminded him of a recent situation where flyers were being deseminated to mailboxes in the downtown area, making unfounded, racist claims about interracial marriage.

"I think the law enforcement can, to a certain extent, deal with this. As far as I'm concerned, it's hate speech, and there have been cases in that regard. More importantly, I think we need to come together as a community and root this stuff out. People need to stand up when they hear jokes and humour - or supposed humour - or stories that denounce certain races, people need to stand up and say, 'That's not acceptable,' so that people who may be inclined to think this way will think twice. We all have a part to play in this."

A spokesperson for Waterloo Regional Police says they're looking into the matter, and trying to determine the posters' original source.

More information will be provided by police when available.

In an email release, Friends of Simon Wiesenthal Center for Holocaust Studies said they confirmed that an investigation is underway.

"It doesn't take much effort to recognize the white supremacist views and Jew-hatred that these posters are promoting. It is disturbing to witness in this day and age, knowing the destructive power of hatred, the continuous efforts of certain individuals to spread messages of hatred and divisiveness," said Rabbi Meyer May, Executive Director of Simon Wiesenthal Center.

"We are urging police to conduct a thorough investigation into these posters to identify and charge the perpetrators and send a message that such hateful propaganda will not be tolerated in Kitchener nor anywhere else," said Jaime Kirzner-Roberts, Director of FSWC's Campaign Against Antisemitism.