Sir John A. Macdonald Statue in Baden to be relocated 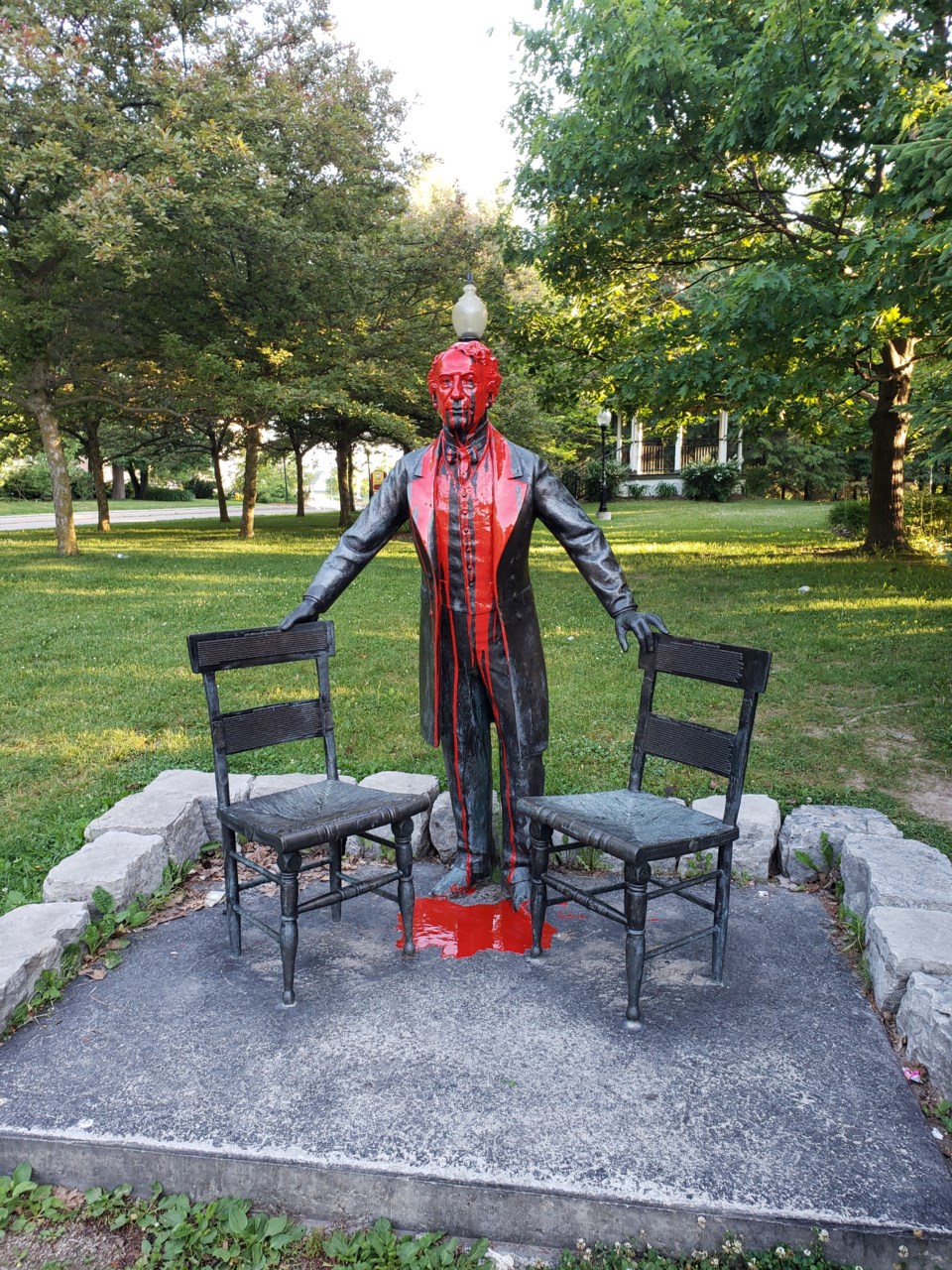 File photo. Photo of a statue of Sir John A. McDonald covered in red paint from Ron Taves.

After a marathon meeting Monday night that featured sixteen delegations, Wilmot Township Council voted to immediately relocate the statue of Sir John A. Macdonald from the front lawn of the Wilmot Township office.

Council approved an amended motion to move the statue to a location that does not harm any members of the Indigenous community.

The amended motion, tabled by Councillor Angie Hallman, also calls for staff to consider possible sites for the statue, in consultation with members of the Indigenous community and report back to council.

Councillor Hallman amends her motion, recommending that statue of SJAM be relocated so as to stop causing pain to the community. Staff directed to undertake review of entire project. Amended motion passes with Fisher, Gordijk, Pfenning, Hallman in favour. So long, Sir John A.

The motion also put the Prime Ministers Path project on hold until at least March 2021.

At one point, Mayor Armstrong noted he recalled when a previous council four years ago unanimously supported the Prime Ministers Path project, and he received only two emails objecting it.

The statue has been painted red numerous times with a handful of protests organized over the past several weeks.

Of the sixteen delegations at Monday night's meeting, some were in favour of moving the statue to a museum, while others claimed it should remain outside for educational purposes.