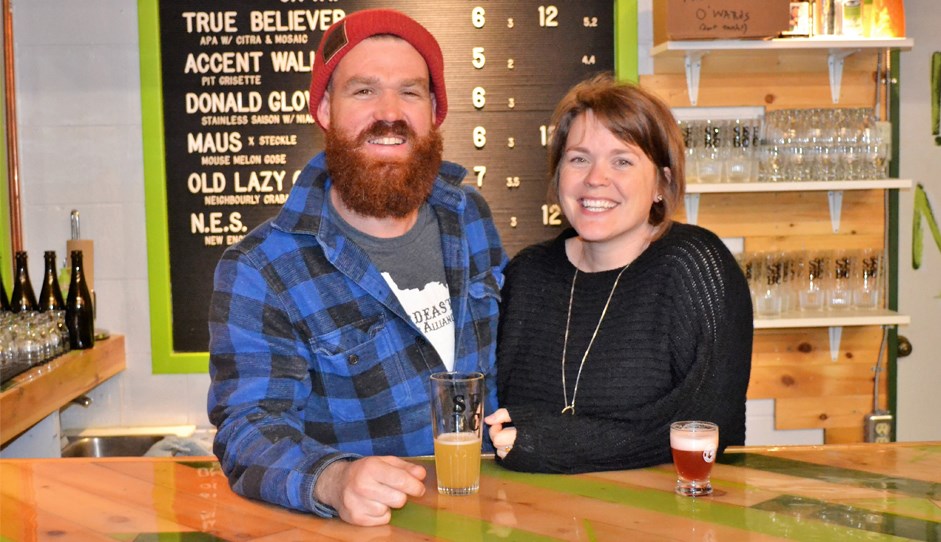 Hern is the owner of Short Finger Brewing Co., the preeminent location for brewing supplies and ingredients in Waterloo Region. Along with his wife Kat Rogers-Hern, they cover the brewing and education side of the business.

“The goal was always to be a brewery, a homebrew shop. It just took us a lot longer than we had planned,” Hern said. “It’s been a long, slow road.”

Hern boasts an extensive brewing background and was a former employee of Great Lakes Brewery in Toronto. He discovered his passion for putting his own unique spin on beer rather than brewing on a large scale. Along with his wife, they moved to Kitchener in 2015 to launch Short Finger Brewing Co.

The initial iteration of the company began as a supplies retail business based out of their basement. Over the next few years, they secured a brick-and-mortar location on Hurst Avenue in Kitchener.

His one-of-a-kind concoctions earned Short Finger a gold and silver trophy earlier this year at the Canadian Brewing Awards.

Brewing beer at home can not only be time consuming, but it also involves a lot of up-front costs. Rogers-Hern said their first homebrew setup was a basic, bare-bones system.

“It doesn’t have to be expensive. It doesn’t have to be difficult,” Rogers-Hern said. “There’s a version of homebrew that works for every budget and every scale. Our first homebrew system was a cooler we picked up at a garage sale for two bucks and a stock pot that we bought at Value Village.”

Most of their customers on five-gallon scales, but they’ve seen some make batches as small as one gallon. However, for prospective brewers looking to make the leap, Hern recommends getting a friend to help pitch in with the process.

“If you get into , I’d say if you can convince a buddy or two to do it, it’s nice if you have a few buddies to split it up.” Hern said. “One of my favourite things about is hanging out in the backyard, drinking the beer we made, hanging out, relaxing and having fun.”

For those who are still leery about brewing, Rogers-Hern teaches introduction to classes at Short Finger. The next session takes place Saturday, November 23. Attendees can try their hand at , they can bottle the beer, they can taste it and students get to take some beer home with them.

can be as basic or as complex as any wants it to be, and Short Finger has the supplies and ingredients which cater to all skill levels of . For the most basic , they recommend starting off with a Kolsch style or a basic pale ale.

“With an IPA, there are so many iterations. That’s a great one,” Rogers-Hern said. “It’s a good starter style because it’s a great one with as you learn.”

More than anything, Hern said he enjoys the comradery of and sharing his beer with family and friends. “There’s the joy or pride in making something yourself. ‘I made this’. I think that’s a legitimate reason to do it right there.