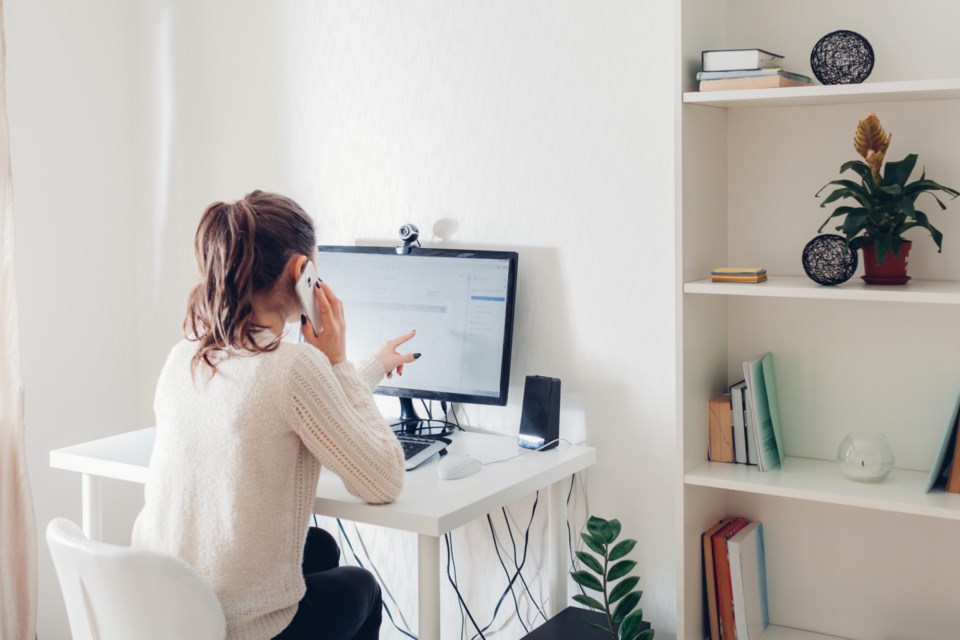 While workplaces continue to navigate through the COVID-19 pandemic, the YMCAs of KW and Cambridge were interested in measuring the pulse of the region with regards to how adults are fairing in their ‘new normal’ workplaces. The workplace wellbeing survey was conducted through social media, with the goal of reaching over one-thousand people outside of the YMCA’s usual membership.

Jim Moss is the Vice President of Workplace Well-Being with the YMCAs of KW & Cambridge. As a guest on the Mike Farwell Show on 570 NEWS on Wednesday, he says he was shocked by the degree of decline in mental health in respondents.

“It’s been pretty eye-opening. We had hunches in what the data would tell us – and categorically, we were right – that there was going to be more mental illness, reduced wellbeing, a lot of stress around work-life integration and how people are experiencing work differently now… but we were shocked a little bit by the magnitude of the decline in mental health and in general wellbeing”

The were some positives, however, as Moss highlights that the categories of familial and financial health seemed to be holding steadily. Moss says this can likely be equated to the measures put in place by the Canadian government in supporting families financially.

Breaking down the data with Mike Farwell, Moss looked at the specific stressors mentioned by respondents. He says one of the factors that seems to come up often was difficulty adapting to change in the workplace. While that change can vary for everyone, Moss says the uncertainty and duration of change creates a challenge, regardless of whether respondents were working from home or still visiting the office.

“… when can we start to call this the new normal – and when is it going to change in a significant way again? That general undertone of uncertainty is really hard on the human psyche (…) it grasps for certainty and right now there’s not much to hold on to.”

According to the wellness survey, Moss says many people have fallen from the threshold of low mental health into the mental illness space – with many specifically mentioning the words depression and anxiety in their responses. He says there are many people hovering in what he refers to as the “at risk” category, and that he expects a potential for those people to be pushed further along.

“The good news too was there’s still about 20-25% of people who are quite healthy – in some cases healthier. It’s really affecting many different people in different ways, putting pressure on groups who have historically felt that pressure, but also groups who haven’t felt that pressure before are feeling a workplace stress impact that they haven’t had to experience before.”

So, what can be done? Moss says the YMCA will be releasing a complete report with long-term strategies in October, though he did mention several specific strategies for workplaces to consider. Moss says one of the fundamentals of workplace culture comes in leadership communication – and that leaders can work to improve that immediately. He also says workplace flexibility can be beneficial for employees.

“Basically, revisiting anything that’s historically been rigid – for whatever reasons. We need to rethink those reasons and see if they still apply and change what we can” says Moss.

In terms of the individual, Moss says that people need to build a “muscle of self-awareness”. He says people need to learn how they're feeling, and how to identify feelings of stress before they become critical.

“We’ve got to get beyond that superficial ‘how are you doing’ and stop and say ‘no really, how are you doing – and is there anything I can do to help you right now’ – and mean it. Then make the time and follow up.”