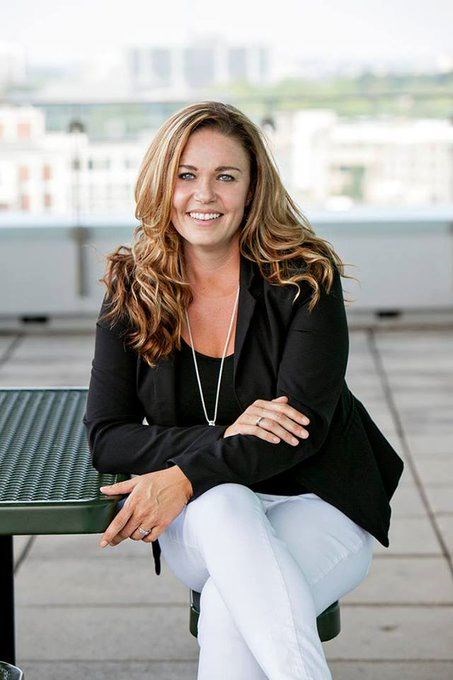 Our hearts are heavy at the Rogers Kitchener Radio Group this weekend, as we mourn the loss of one of our own.

"This is sad news for anyone reading or hearing this as we know Jennifer was such a strong fighter. Know that your prayers, positive vibes, messages and virtual hugs helped Jennifer immensely throughout her battle. Thank you." read a post on the station's Facebook page.

She loved her family, what she did for a living, country music, and this community.

"Morning Country radio was more than a job for Jennifer on Country 106.7. She was committed to you, her audience - using her voice and considerable influence to spread love; to make us laugh and sometimes yes … to kick the hornet’s nest." the post went on to say. "We will always love Jennifer; she’ll always be in our hearts. Her memory will live on through songs on the radio forever. So to our beautiful blue bird … fly high until we meet again."

Jennifer was also heavily involved with the Sexual Assault Support Centre of Waterloo Region and Women’s Crisis Services of Waterloo Region, providing countless volunteer hours for numerous fundraising events throughout the years while using her platform on the airways to bring awareness to important issues facing women in our community and ensuring these organizations and the women they protect had a voice.

Jennifer contributed to many KW Oktoberfest events before and during the festival. She hosted the KW Oktoberfest 'Rogers Women of the Year' event for many years, and celebrated the incredible women and their achievements in our community. She was also a staunch ally for KidsAbility Centre For Child Development, lending her voice and support whenever needed.

Over the past 5 years, she attended the CMA Awards in Nashville and provided national coverage for Rogers Sports & Media Country radio. Jennifer Campbell provided countless interviews to some of Country music’s biggest stars and was the only Canadian radio representative as part of the official CMA events.

Paul Larche is the President & CEO of Larche Communications and he first hired Jennifer in radio in the late '90's. He said he first met her when she was a waitress at a local restaurant.

"I first met her in Midland, we owned at that time called 'Kicx 104' and there was a roadhouse restaurant that she worked at - she was probably in her late teens or early 20's. Our staff would go in there and when she would serve us, she was bubbly, great communicator, and she would come to our table, talk to us and make us feel comfortable. She would make us smile and always had something interesting to say."

Larche said that sparked the idea to approach her about if she ever thought about a career in radio.

"I just remember one day, asking her 'Jennifer, did you ever think of getting into radio?' reflected Larche, "she said, she was actually going to school for radio and I told her 'listen, why don't you come into the radio station and start working with us?', said Larche, "she did within just a few days, she worked for us part-time and then full-time doing various shows at the station."

Larche said that she was just a natural talent on the radio.

"She sounded so comfortable on air, very inviting and she put people at ease and she did very well," said Larche, "In 2003, we were approved for a station in KW and it was called 'Kicx 1067 at the time and one of the first things I wanted to do was offer Jenn the opportunity to come down there because I knew she was going to go on to bigger and better things and she was ready for the market."

Larche said that she committed herself to the community when she moved to KW.

"She worked for us there for a few us, and she did a terrific job. In 2007, I ended up selling the station to Rogers Communications and the whole staff stayed on, including Jennifer. She was with Rogers from 2008 onwards and we always stayed in touch and she was always a dear friend," said Larche.

Larche reflects that during her career, she always gave 110 per cent in everything that she did.

"With her, it's what you see is what you get. She always wears her emotions and heart on her sleeve no matter if she's on-air or off-air, she'll probably clean her language up when she is on the air," joked Larche, "that was the most endearing part of her as a radio personality was that she had a very strong work ethic."

Larche said one thing that he will always keep close to his heart is when Campbell inducted him into the Ontario Association Broadcasters Hall of Fame in 2019.

"She was the emcee and they did up a video and spoke with Jenn and other people about the special moments we had in the early 2000's," said Larche, "that meant so much to me that she came and took the time to do that."

He said that he never thought that would be one of the last times he would see Campbell in-person.

"Now it's going to be a fond memory for me," he said, "one thing I'm glad they did was that video and she is part of that video. I watched it Saturday while I was just thinking of her and it brought me back to a few stories about when we were together and it was just great to see."

Those wishing to honour Jennifer may donate via GoFundMe set up for her husband, Scott and her three boys, Ayson, Declan, and Gryffin.