'No surprise' to CEO as significant financial pressure is on municipalities
Jan 14, 2021 6:00 AM By: Ben Eppel 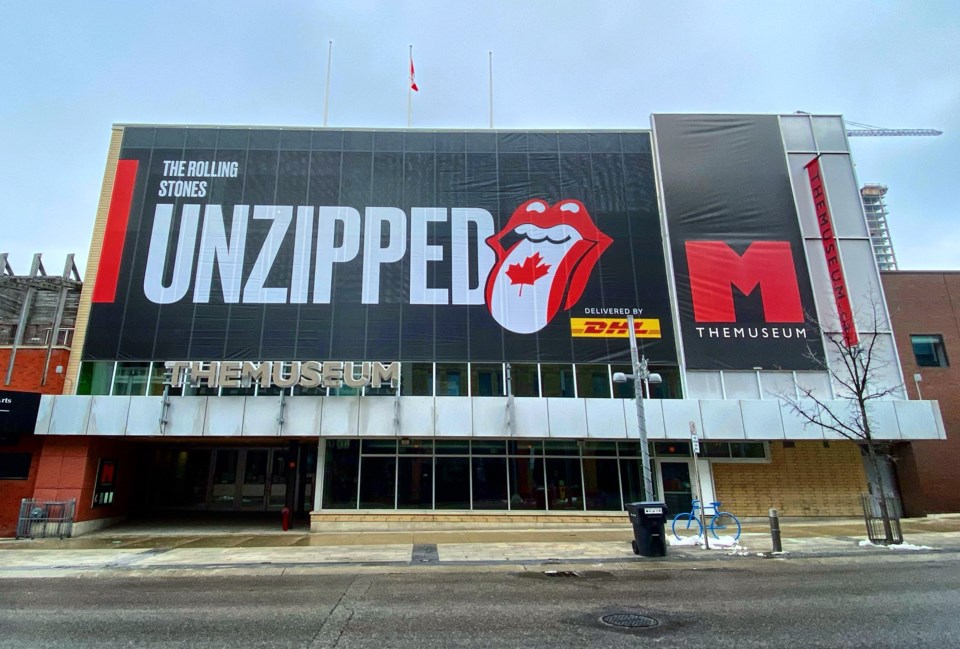 You can't always get what you want.

The Region is continuously trying to figure out what it needs during the pandemic, as council tries to tighten the belt on spending thanks to COVID-19 financial pressures.

That's why THEMUSEUM CEO David Marskell wasn't surprised by council's decision to defer his $100,000 one-time grant request, which would be put towards marketing for the latest exhibit, set to open in November.

THEMUSEUM now has the exclusive rights in Canada to the UNZIPPED Exhibition, a celebration of The Rolling Stones and a rare glimpse into their lives and 60-year journey.

"We put tickets on sale a year in advance," explained Marskell in an interview. "So, we wanted to have certain announcements along the way. Today, we unveiled a huge banner, the building wrap in front of THEMUSEUM. We've had over $100,000 in sales already. We're booking tours, bus tours, one from as far away as Nova Scotia. We have significant support from the Province of Ontario through the Ontario Cultural Attractions fund, $150,000. We've got local corporations that have come together, and we've got well over $100,000 collectively from them."

Some $350,000 doesn't seem too shabby for an exhibition that doesn't start for another eight months. The key is its price tag.

"We're going to be upwards, close to $800,000 or $900,000 when we're said and done with marketing, building out a merchandise store which we have opened online already, but we will open up one at the front of our building, and some of the other activities we intend to bring in and announce along the way," said Marskell, who couldn't name the specific price due to contractual obligations.

He said they're expecting to more than get their money back, but they want to capitalize on the opportunity as much as possible.

Marskell believes that the timing of the grand exhibition will coincide perfectly with the wide distribution of vaccines for COVID-19, and an end to the pandemic as we know it. He's predicting a boom of people wanting to go out and have new experiences, the niche that this exhibition will easily slide into.

"In a year from now, if COVID is still here, we've got bigger issues than an exhibition," he said. "But I also believe, in hearing the Prime Minister and others, that we have enough vaccines coming. Whether it's September, August, or October, we're going to be okay."

The argument is one of giving the economy a jump-start, a sort of "start me up" ploy to get Waterloo Region's tourism industry back into business in an explosive way. Marskell sees the marketing grant as an investment for the Region, and hopes they'll come around to his way of thinking.

"This is going to be a catalyst to reboot our economy. This is going to help fill the restaurants, the hotels, gas stations, retail," he said. "People are going to come from far away, and if we can work together as a community to have them stay overnight, see something at Drayton at St. Jacobs, at the symphony, or what have you, we really need to take advantage of that."

Regional staff recommending that council not approve the funding request came as no surprise to Marskell, who noted that council are in the thick of a crisis and have to think about the present.

"The dollars are so tight, there are so many groups in need to be taken care of," said Marskell. "This will actually come back in a huge way, way more than the $100,000 investment. If that prompts 10,000 people, and 10 per cent of them or 1,000 book a hotel for $200, that's $200,000, plus the restaurants and all the other things. So, it's not an easy decision for them, and I get that. And they do support us on an annual basis, but it's just them trying to balance things to make the community the best possible place it can be."

The exhibition will have 300 artifacts and works of art from the original posters and album covers of The Rolling Stones, the costumes they wore on stage, guitar collections, and more.

Council will revisit the grant request at an undetermined time.