Reaction continues to pour in on WCDSB Pride flag debate 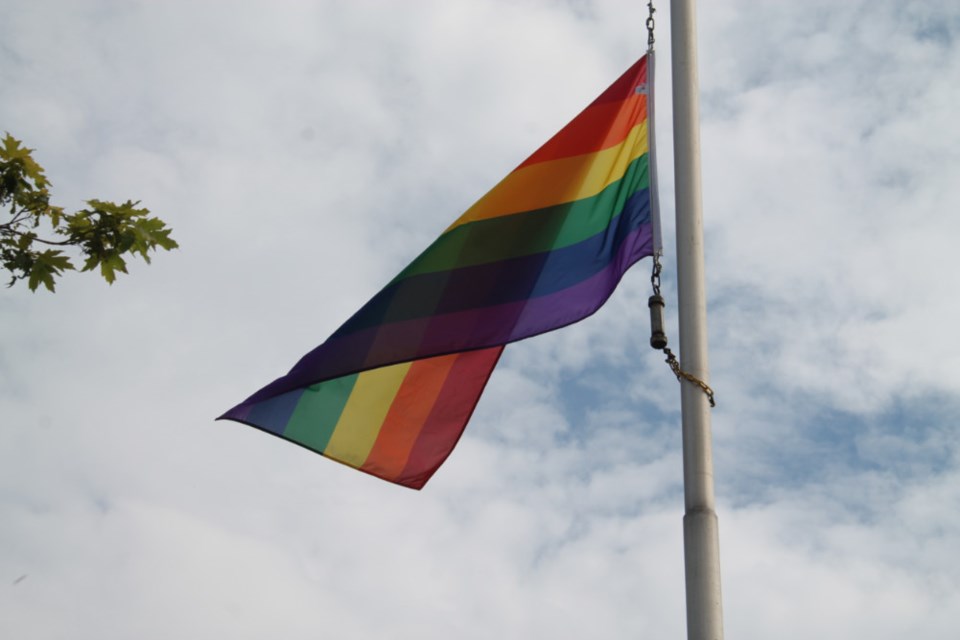 Reaction and individual decisions continue to flood in after the controversial decision this week by the Waterloo Region Catholic School Board.

Back on Monday, the board decided that instead of flying the rainbow flag --- the internationally recognized symbol for the LGBTQ+ community --- they would fly a board-approved flag of their own design to mark PRIDE Month in June.

Patrick Etmanski is the President of the Waterloo Region English Catholic Teachers Association, the union representing teachers within the board.

He tells The Mike Farwell Show on 570 NEWS the impact of the board's decision won't be good for students.

"It's about voice," he says, "We have people who are trying to express their voice, and we have a group at the school board who believe that they may know what's better, in terms of that particular symbol and that issue."

He says at the end of the day, the board will make their own decision, and whether it's good or bad will be up for interpretation.

"Unfortunately, we live in a time right now, where if you and I disagree, that makes you wrong and me right in my eyes (and vice versa)," Etmanski explains.

"That doesn't help with the conversation."

He says the union will recognize PRIDE Month by flying the rainbow flag at their office on Hartwood Drive in Waterloo, starting on Monday.

Meantime, an organization with a long-standing relationship with WCDSB has spoken up as well.

But Rebecca Webb, the Executive Director for KW Counselling, admits it was a tough decision to come out and make their voice heard on this issue.

"One of the possibilities is that we might be risking that partnership in some shape or form," she said.

"At the end of the day, they have to be able to sit across from a client that they're counselling, who might be a student or an educator or a staff member in that school board, who is working through the impacts of some of the trauma of not belonging, and say 'I got your back.'"

Webb says they came to their decision based on that, to say "this is not okay."

But she adds it can be okay, because the school board has time to remedy this issue and acknowledge this as a misstep.

Webb says the rainbow flag is a symbol to youth to show they belong, and also acknowledged the decision could have a huge impact on youth trying to find their place.

But she admits "nobody wins in this."

"The students have said how they want to be represented," she said, pointing out the flag presented by the school board has a message of inclusiveness, a fact Webb says makes the situation worse.

"The actions and the word's so far disconnected is really dangerous because there's a difference between saying you're included and saying you're only included on our terms."

CLICK HERE to listen to the full conversations with both Etmanski and Webb.

Waterloo Catholic District School Board has responded to criticism of Trustee Greg Reitzel's comments from a recent board meeting.

Loretta Notten is the Director of Education and she says the board doesn't support Trustee Reitzel's comments.

"He himself has apologized for the remarks and I don't think that they are neccessarily a good reflection of the feeling of the board in terms of the board of trustees or as the Waterloo Catholic community".

Notten adds that the flag does send a message of inclusion.

"Surely, I would hope that the message that we are trying to send is that our schools are places where our students are cared for and where we want to create safe, inclusive & welcoming environments".

The board consulted with members within the Catholic education community across the province to see how it could support PRIDE Month and how best they could honour the request of it's students.

"We believe that the image on the flag sends a message of inclusion and it's born from a very good place. If we had a little more time - if COVID hadn't arrived and derailed some of our timelines and processes - it might have given us a little more runway, a little more opportunity to introduce the flag and get a little more feedback."

Reitzel has declined a request for an interview but has released a statement.

"I supported the proposed flag at the Board meeting and continue to support this flag as I believe it is truly inclusive of all.  I have always been an advocate for inclusion in our schools and for as long as I am a trustee will insist that everyone is to be treated with dignity and respect.  I am deeply saddened that people have been hurt by words that I said but hope that they will understand that they were taken out of the context of the meeting as a whole and hope that they can focus on my earlier statement which is much more indicative of what I truly believe. 'I think this shows that we care about everybody, everybody is made in the image of God, we are to love everybody.'"