Kitchener's BAD CHILD is one of 33 artists selected for the Music Video Production (MVP) Project sponsored by RBC and the Academy of Canadian Cinema & Television
Feb 2, 2020 4:00 PM By: Ariel Deutschmann 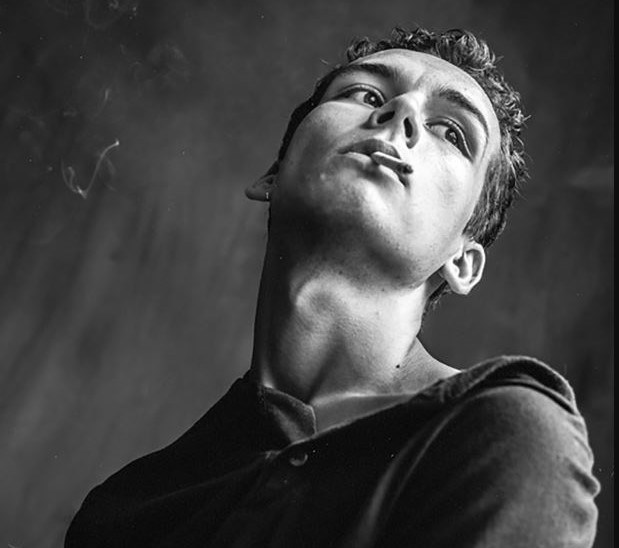 Photo of Kitchener musician and producer BAD CHILD from RBC.

An emerging artist from Kitchener has been selected for the RBC Music Video Production (MVP) Project and will receive a grant to help his growing career.

Musician and producer Isaiah Steinberg, known by his stage name as BAD CHILD, is one of 33 artists chosen for the project sponsored by RBC and the Academy of Canadian Cinema & Television.

According to Steinberg, he had just graduated high school and released his first song, "BAD CHILD," onto SoundCloud around 2017 when he started getting recognition from labels and fans.

Having grown up learning how to produce music and playing instruments, Steinberg says his music was something he created more for himself.

"It was very bizarre," said Steinberg about the experience, "My inbox was starting to fill up and I thought maybe I should postpone university for a bit to pursue a music career."

"It ended up being the best decision I've ever made."

The MVP project, part of the RBC Emerging Artists Project, aims to provide support to emerging Canadian musicians and filmmakers. Both programs have helped over 11,000 artists across Canada.

Because of the grant, Steinberg will now have the opportunity to access networking and mentorship opportunities with professional artists along with funding to produce a new music video.

"It can be a lifesaver for people who want to create." said Steinberg about the MVP Project, "I was just very excited that a piece of art that I'm really passionate about was going to be made."

Since its creation in 2018, the MVP Project has received around a 1,000 applications and has provided 28 grants to up-and-coming artists.

According to Steinberg, the MVP Project grant will go towards making a music video for his song "Rouge" which is about his childhood and growing up with his grandmother.

"It's sort of a unilateral love song." said Steinberg, "It's about the damage love can create and the love of coming back to your family."

"This song I've always pictured it as a dream, a conversation between past and present... almost as if they're two rooms in a house."

The music video will be directed by Montreal filmmaker Clara Milo and produced by Lou Belanger and Rafael Perez from Quebec.

"Clara [Milo] was a very big part of pushing me forward artistically and helped filmed a couple of my music videos so it's very exciting." said Steinberg.

Growing up in Waterloo Region, Steinberg says he found the area was the perfect environment for him to internalize and focus on his music.

"I believe self-exploration is something you can do anywhere, but there's so much to walk around and experience here." said Steinberg about the Region, "I'm very fortunate to have grown up here."

With the RBC MVP Project grant, Steinberg says fans of his music have a lot to look forward too, including a North American tour and more details about upcoming shows in Kitchener.

The MVP Project will be accepting a new round of admissions for grants on May 15, 2020.

Local musicians and artists interested in applying can go to mvpproject.ca.

With Black Friday just days away, local retailers are hoping shopping dollars stay "local" this season.
Nov 24, 2020 8:30 AM
Comments
We welcome your feedback and encourage you to share your thoughts. We ask that you be respectful of others and their points of view, refrain from personal attacks and stay on topic. To learn about our commenting policies and how we moderate, please read our Community Guidelines.