Many youth have set new goals as they get ready to go back to school after the holidays
Jan 6, 2019 10:00 AM By: Dana Roberts 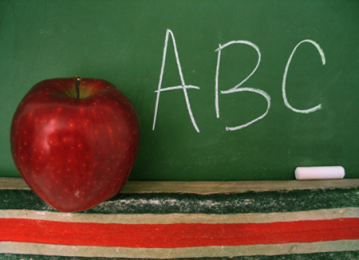 With students set to return to school this coming week, some may be going back with a new years resolution.

Numerous studies however show a majority of people fail to stick to their resolutions after February. According to experts it's important to make the resolution realistic, especially for young students.

"I really like the progress versus perfection attitude, so making progress oriented goals," Vanessa Vakharia, Founder and CEO of the Math Guru, tells 570 NEWS.  "So instead of saying stuff like 'I'm going to get a 90% in math' saying 'I'm going to do better in math than I did last semester.'"

Vakharia says education based resolutions are two-fold because parents must be involved as well.

"Education is a little complicated because there are more people involved in that resolution and often there's that dynamic where you're kind of used to as a parent being really annoyed at your child and having more of that progress mind frame can help you sort of chill out a bit and keep in mind that your goal should just be to have your kid do better than they did before and to build healthy habits."

When trying to push kids to do better in school, Vakharia thinks parents can sometimes focus too much on the negatives. She thinks focusing on positive results will be better long-term.

"Opening up a dialogue with your kids so that they are the ones that are being accountable," she says. "They're doing it because when you engage them in a conversation about it they actually feel a lot less stressed or they actually are proud of themselves or whatever it is. So i think reminding your kids of their successes and kind of putting the onus on them to admit and reflect on how accomplishing these things are making them feel better, those are really good starting points."

With files from Phi Doan