Nelson Mandela exhibit to open next month in Kitchener

It will be on display at the Ken Seiling Waterloo Region Museum
Jan 9, 2020 1:11 PM By: KitchenerToday Staff 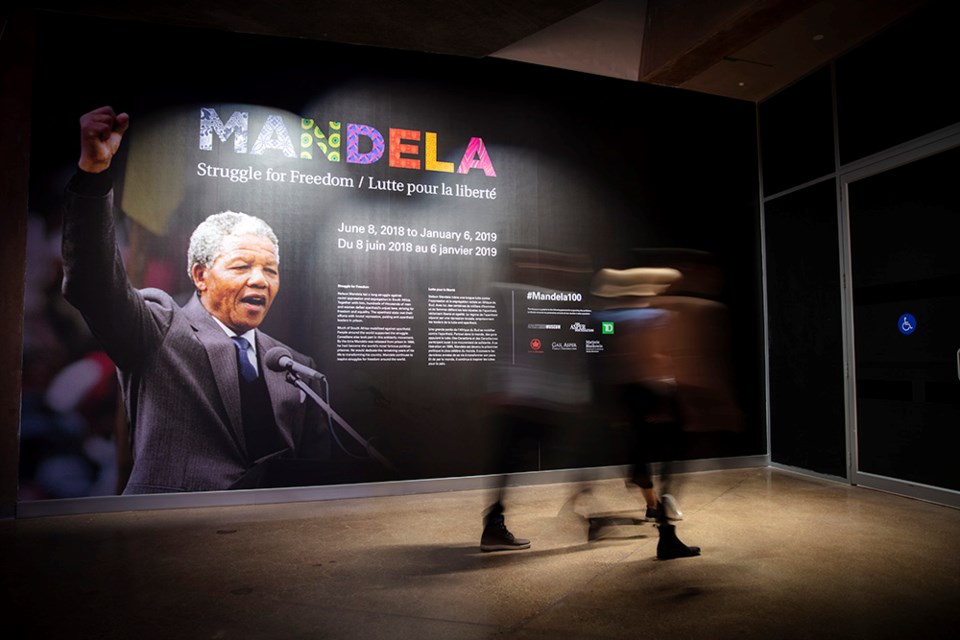 NEWS RELEASE
REGION OF WATERLOO MUSEUMS
***************************
A major new exhibition, Mandela: Struggle for Freedom, opens at the Ken Seiling Waterloo Region Museum in Kitchener on February 7, 2020. A rich sensory experience of imagery, soundscape, digital media and objects is used to explore the earth shaking fight for justice and human dignity in South Africa - and its relevance to issues of today. Among its many dramatic visual features and original artifacts, the exhibition replicates Mandela’s eight by seven foot prison cell. When entered, the cell becomes a digital theatre whose walls tell a story of repression and resilience.

Mandela’s unbreakable will inspired people around the globe to mobilize for human rights. Born 102 years ago (on July 18, 1918), he was one of the most famous human rights defenders of the 20th century and the face of a movement against racial injustice that rocked the world. Mandela is one of only six people to be made honorary Canadian citizens. He travelled to Canada a few months after his historic 1990 release from prison to thank its leaders and citizens for their support.

Visitors will experience the tiny cell where Nelson Mandela spent 18 of his 27 years in prison, take a stand in front of a giant armoured vehicle, make a virtual protest poster on a digital light table, or enter a secret apartment for freedom fighters forced underground.

"Nelson Mandela was passionate about education as the path forward to a better world," said Adèle Hempel, Manager/Curator of Region of Waterloo Museums. "Yet many young people have never heard of apartheid, while others are unfamiliar with the movement behind Mandela that spread to Canada and around the world. This new travelling exhibition shares this important piece of global human rights history, so its lessons can reverberate with a new generation."

Nelson Mandela’s legacy and dedication to the achievement of freedom for the oppressed South African peoples has resonance globally. His life is an example of the ongoing struggle against abuses of human rights that prevail in many parts of the world. This new travelling exhibition not only provides insight into the man who dedicated his life to this cause, but can serve as a rallying cry.

"I have cherished the ideal of a democratic and free society in which all persons live together in harmony and with equal opportunities. It is an ideal which I hope to live for and to achieve. But if needs be, it is an ideal for which I am prepared to die." - Nelson Mandela, 1964.

This exhibition was developed by the Canadian Museum for Human Rights (Winnipeg, Canada) in partnership with the Apartheid Museum (Johannesburg, South Africa). Tour management services provided by Lord Cultural Resources.