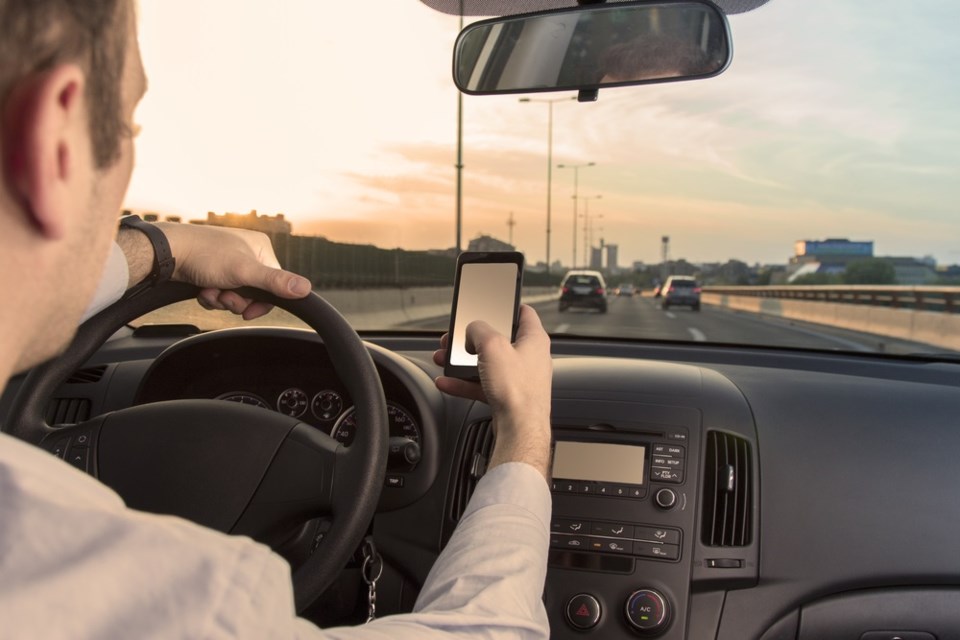 Ontario Provincial Police are out with numbers from their Distracted Driving Campaign conducted over March Break.

Their officers laid 1,508 distracted driving charges across the province.

An additional distraction-related careless driving charges were also laid against drivers nabbed dividing their attention between driving and some other activity.

New penalties that kicked in January 1, include a fine of up to $1,000, three demerit points and a three-day licence suspension. As well, novice drivers can also face longer licence suspensions under the new laws.

#OPP laid 1,508 distracted driving charges and 51 distraction-related careless driving charges during the #MarchBreak #DistractedDriving campaign. Remember to #PutDownThePhone and #PayAttention when behind the wheel pic.twitter.com/yYNjXkiFl8

Although the Provincial Distracted Driving Campaign wrapped up on Sunday, officers will still be out conducting enforcement. Last wk officers issued 88 tickets for Distracted Driving offences. #BeResponsible. A text or a phone call is not worth a life or a $615 ticket. pic.twitter.com/uWfupJ0Inl