Mayors speak with members of Indigenous Land Back Camp 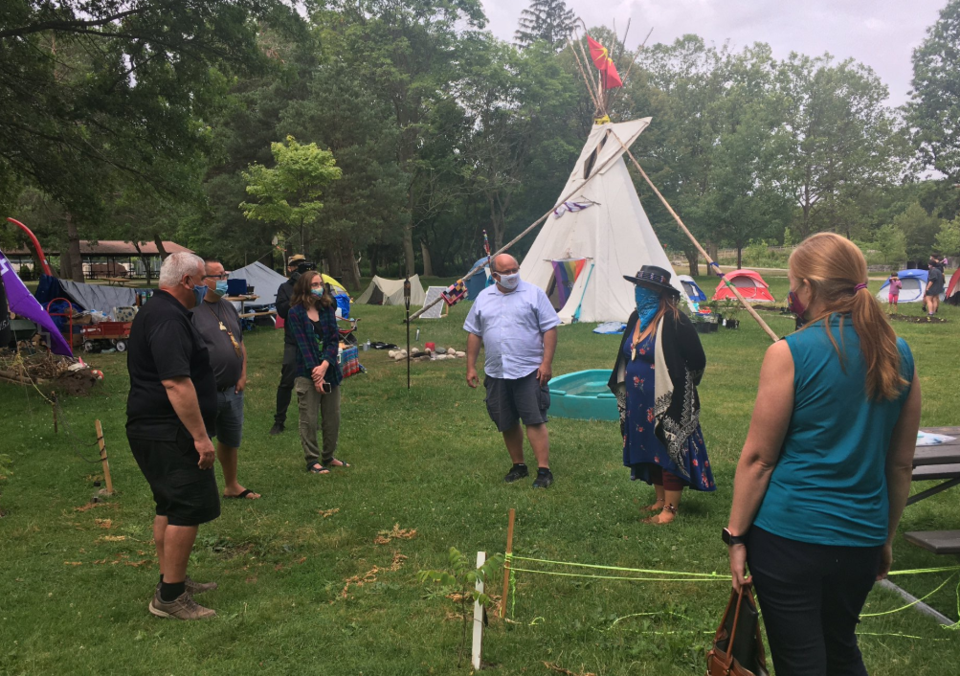 Mayors meet with members of Indigenous Land Back Camp on July 21, 2020. Phi Doan/KitchenerToday

The mayors of Kitchener and Waterloo spoke with members of the Indigenous Land Back Camp again on Tuesday.

The topic of conversation was the demands that the group made to the cities through a petition.

One of the four demands is to have all fees waived for Indigenous communities to host events in public spaces.

"We want to the actual ability to use our own space the way our community sees fit, so again this a lot of talking about consultation and more speaking to other folks, but we want a commitment to action, we would like to see that action part," said Co-organizer Amy Smoke of the Mohawk Nation Turtle Clan from the Six Nations of the Grand River.

So far there has been no movement on any of the four demands.

"It's exhausting, they don't seem to understand that, that we are just tired of having these conversations, and we just want to see something," said Shawn Johnston, co-organizer of the Land Back Camp and member of the Anishinaabe First Nations, originally from Treaty Three Territory.

Meantime, Waterloo Mayor Dave Jaworsky said there are a lot of roadblocks to achieving the demands outlined by the Land Back Camp.

"We are trying to do things as fast as we can with it being summer, COVID-19 and so many things going on, but we did pledge to them that we will make better progress and that is our goal."

He said they are working hard to make a difference.

"We understand that things have been going wrong for so many centuries and we are here to make progress today and in the coming months on their request."

Kitchener Mayor Berry Vrbanovic said there are some demands that can be met easier, but others are more complicated.

The Land Back Group is hoping to see changes in the near future but remains skeptical.

Indigenous Land Back Camp lists demands in a petition
Jul 14, 2020 7:00 AM
Comments
We welcome your feedback and encourage you to share your thoughts. We ask that you be respectful of others and their points of view, refrain from personal attacks and stay on topic. To learn about our commenting policies and how we moderate, please read our Community Guidelines.