LRT trains not here, but also not 'late' says councillor 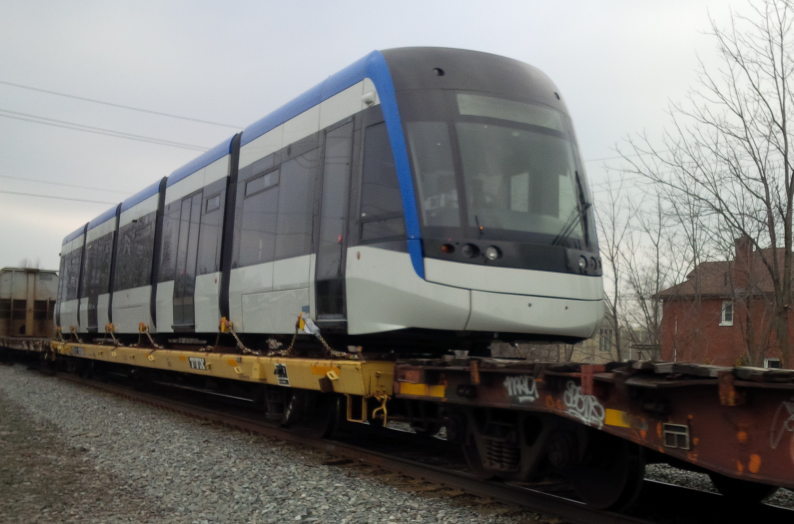 A new report from the Region of Waterloo says just six of 14 LRT trains have been delivered to Waterloo Region.

However, according to the Regional Councillor Tom Galloway, Bombardier has actually fulfilled their revised commitment.

"Bombardier has finally made a deadline and the trains are more less factory complete, and as we reported last month in our monthly report on the LRV's, a certain number are going to stay in Kingston to get the GrandLinq equipment installed, and a certain number are already here (Waterloo Region) to get that installed here," Galloway told The Mike Farwell Show on 570 NEWS.

"So there is going to be two locations for the GrandLinq equipment to be installed and that's going to speed up the process." Galloway added.

The monthly update from Bombardier shows only six trains have been delivered, with two more expected by early July.

The original deadline for Bombardier was December 2016, that was pushed back several times, most recently spring 2018 and then June 2018.

The region has said it plans to have ION service up and running in December 2018.

The region has indicated they only need 12 fully tested trains to begin service.

The report says the trains still in Kingston are close to completion and five out of the six trains in Waterloo Region are nearly done testing.

Police looking for two suspects after stabbing in Cambridge
Mar 8, 2021 9:42 AM

Highway 401 eastbound closes in Drumbo after mixed weather sweeps through
Mar 8, 2021 9:04 AM
Comments

About the Author: Jeff Pickel