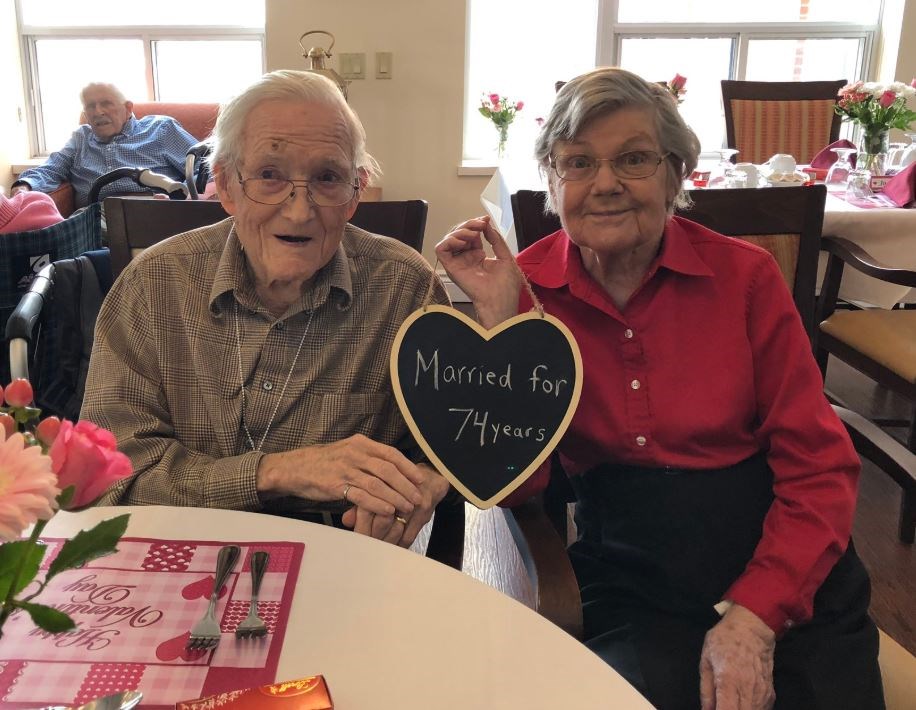 Park and Veva Reilly have been married for 74 years. Tim Herd/KitchenerToday

It was a special Valentine's Day for couples living on the memory care floor at Luther Village in Waterloo. The floor is a place for residents living with dementia to receive extra attention and medical support.

The celebration was about helping residents enjoy their relationships and share memories with family members. "It's been interesting hearing about their honeymoon's and how they met," says memory care activities coordinator, Mandy Holmes.

During a luncheon, six couples that have been married between 53 and 75 years were honoured by the centre. One of the couples at the event was Park and Veva Reilly. They have been married for 74 years. They got married in the summer of 1945, the tail end of WWII. "We had a lovely wedding ... we were married in the church and then had a celebration afterward," says Veva.

John and Joan Louzks were married in the fall of 1952 and Joan has tips for all men that want a healthy marriage. "You have to give in all the time, always be wrong, never right." John agrees with his wife. "You have to get (her) flowers...that's (the) one thing I remember than anything else." The two met after a friend bet John he couldn't get a date with Joan. He won that bet, and four years later they said their I do's.

Waterloo updating transportation master plan
Feb 22, 2020 9:00 AM
Comments
We welcome your feedback and encourage you to share your thoughts on this story. We ask that you be respectful of others and their points of view, refrain from personal attacks and stay on topic. To learn about our commenting policies and how we moderate, please read our Community Guidelines.