Local animation studio is making an impact on the world stage 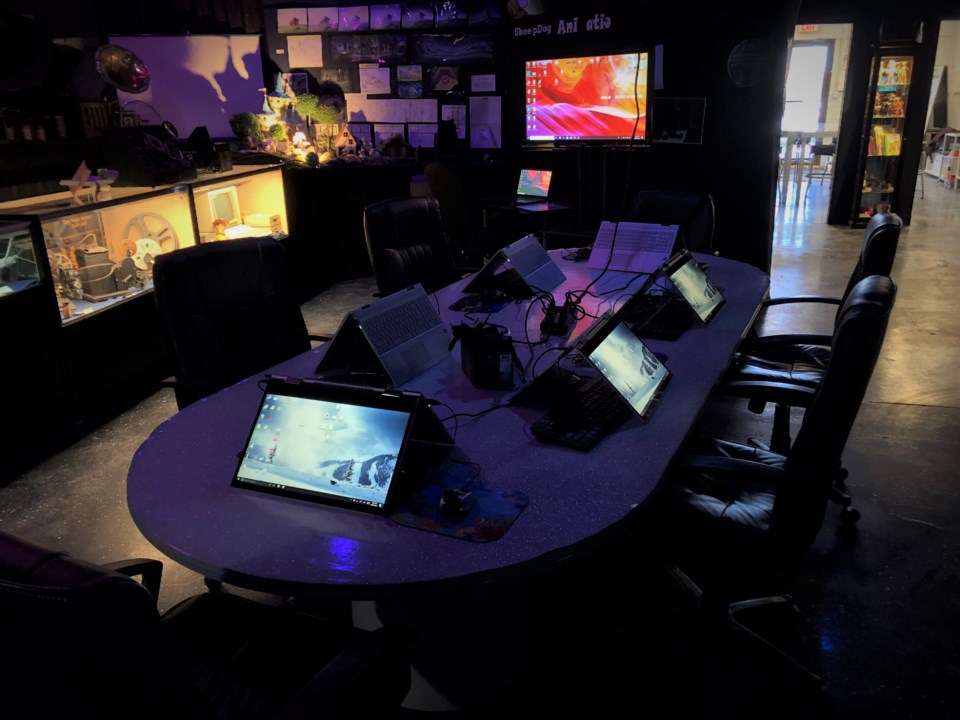 Awards Season is well underway. With the Oscars ready to take the stage, a local animation studio is developing talent who may someday be walking the red carpet to receive their own golden statuette.

"I was taught art by the same teacher in the Czech Republic from the time I was 4 years old until I was 18," says Sinkner. "My dream was to open an art school and be the same role model for other children, and to interest and motivate them in art and animation."

Sinkner herself is an accomplished animation artist. She has worked for several animation studios, and has worked on many animated children's shows including Rugrats, Arthur and Franklin the Turtle.  She has also illustrated children's books in several countries. Paul is responsible for technology at Sheepdog Animation, designing and manufacturing animation stations and armatures for the studio.

And, while the awards are accumulating for Sheepdog Animation, winning awards isn't their primary focus.

"Our studio goal is to keep our students motivated and interested in art and technology," says Sinkner. "We have students who have been taking classes with us since we opened our doors. We keep our classes interesting, using new technology. It's incredible to watch our students grow and succeed."

Along with the regular classes that happen during the school year, Sheepdog Animation also offers Animation Camp during the summer for students ages 13 and older. "Students choose every day what they would like to learn," says Zinkner. "We keep our classes small, and there are 2 instructors for each class during the camp."

They also provide a portfolio preparation class for students who are looking to pursue a career in animation, game design and illustration. "We do have numerous students accepted into animation and game design programs at schools such as Sheridan College, Conestoga College, the University of Waterloo, and Eastwood Collegiate," says Sinkner. Their students are also receiving awards at International film festivals and competitions.

"Two years ago we submitted 2 short films to an international film festival to see if our instruction and teaching methods were on an international level or not," says Sinkner. They submitted the films to TAFI, whose judging panel includes professionals from the feature film and television industry, video game studios and university programs. "It really was a test for us - not our students - to see if our abilities, our teaching methods and approach were on track," Sinkner explains.  "It turned out to be proof that yes, we are teaching the right way, and that we do have very talented students our region should be proud of."

Both of Sheepdog Animation's submissions received top prizes at the TAFI competition - Best Film by an Animator 14 years or Younger, as well as Official Festival Selection for their School Reel.  In May, 2018 Sinkner and Kriz traveled with 24 parents and students to San Francisco to pick up the awards. Sinkner and Kriz say it was an incredible experience for everyone. "We were able to meet many people working in the industry, including animators for Pixar, Disney, and game designer Zynga," says Sinkner.

Although awards are not the end goal, festivals and competitions do keep their students motivated. "We are planning to submit this year for TAFI 2019," says Zinkner. "It's a great way to encourage our students, and to promote the great art and technology programs that are happening in Waterloo Region."