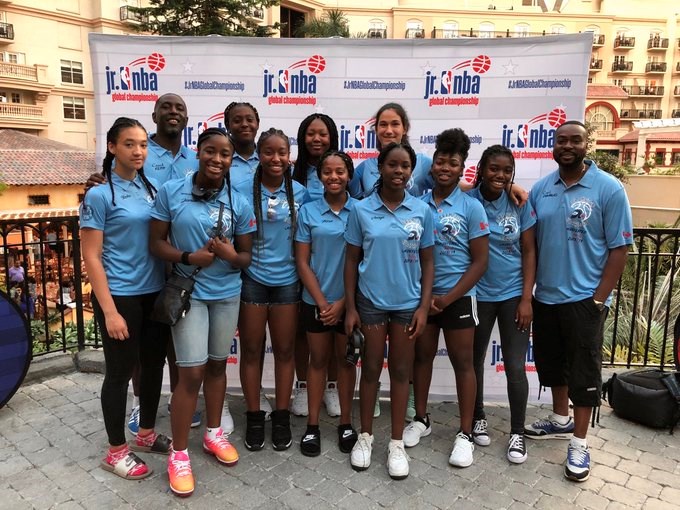 A photo of the Brampton Warriors girls team. On the team are three players from Kitchener: Leia Brown, Milana Nenadic and Sumer Lee. Photo from @BramptonBBall on Twitter.

The Jr. NBA Global Championships is a youth basket ball tournament where the best 13 and 14-year-olds from around the world.

The tournament hosts both boys and girls division with each holding eight U.S. teams and eight international.

Brown, Nenadic and Lee are on the Brampton Warriors girls roster team.

Currently, their team is leading 2-0 in their division and will faceoff against China today at 4 p.m. ET.

The Brampton Warriors advanced to the Jr. NBA Global Championship after competing in a national tournament in June at the Toronto Pan Am Sports Centre.

Besides competing, teams participating in the tournament will also have the chance to develop new skills in off-court programming at the ESPN Wide World of Sports Complex at Walt Disney World Resort.