'Many people who start with a diet go on to develop an eating disorder' says Suzanne Dietrich
Feb 5, 2019 1:50 PM By: Natasha McKenty 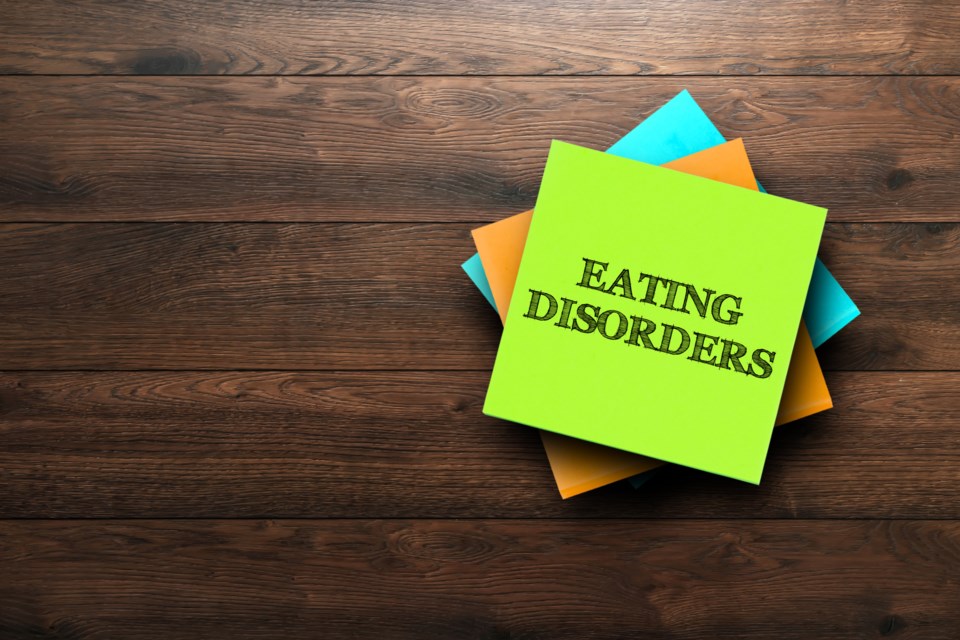 Eating Disorder Awareness week resides in early February, but Ontario remains one of the only provinces that doesn't actually recognize it. In December, Bill 61 2018: An Act to proclaim Eating Disorders Awareness Week was introduced by NDP MPP Jill Andrew to rectify this.

Eating disorders are defined as insufficient or extreme food consumption which can lead to the destruction of personal well-being. Common forms include Anorexia Nervosa, Bulimia Nervosa, and Binge Eating Disorder.

"Many people who start with a diet go on to develop an eating disorder. They affect people of all size, race, gender, sexual orientation, ethnic background and age. Eating disorders are considered a mental illness - there is a biological component and even a genetic component - they can be influenced by one's environment and socio-cultural influences," says Suzanne Dietrich, who refers to herself as a non-diet dietitian.

Anorexia is a condition driven by an intense fear of gaining weight, and an unhealthy perception of personal body image. A person with Anorexia will limit their food intake, lose drastic amounts of weight, but still see themselves as overweight. The risks, including death, are highest with this form of the disease.

Bulimia involves ingesting large amounts of food, followed by remorseful behaviour: vomiting, obsessive exercise, and use of laxatives - at times, a combination of these. Repercussions of the secretive behaviour include digestive problems, dehydration, and heart issues.

Binge Eating Disorder, in contrast to bulimia, includes over-eating without the purging. As a result, people who suffer from BED may become obese increasing health risks including heart disease, breathing issues and diabetes, among others.

There aren't any definitive numbers on how many people in Waterloo Region suffer from the disease. Dietrich, who is also a member of the Waterloo Wellington Eating Disorder Coalition, says "that is one thing they are advocating for; research to look into and collect this data."

It is important to remember eating disorders can be treated. Local supports include CMHA, an outpatient support group. In-patient treatment can be found at Homewood, in Guelph. There are also local private practitioners who specialize in eating disorders. Dietrich adds, "Ideally, an individual needs a full team to support them which includes a physician, potentially a psychiatrist, psychologist and/or social worker, and a dietitian. They also need support from family and friends. NEDIC offers a 1-800 call line which is also helpful."

According to Dietrich, if you suspect a loved one is struggling with an eating disorder, there are two important steps to consider:

1. Be aware of the signs & symptoms

2. Approach the person with concern and kindness

According to National Initiative for Eating Disorders (NIED), a Southern Ontario study of 1,739 teens concluded only 4% of the girls who reported current binge eating and 6% of girls who were purging had ever received any assessment or treatment for these problems.

You can find a list of local services at Waterloo Wellington Eating Disorder Coalition.

Good morning, Kitchener!
Sep 26, 2020 6:00 AM
Comments
We welcome your feedback and encourage you to share your thoughts. We ask that you be respectful of others and their points of view, refrain from personal attacks and stay on topic. To learn about our commenting policies and how we moderate, please read our Community Guidelines.