Here's how to view comet NEOWISE in the night sky 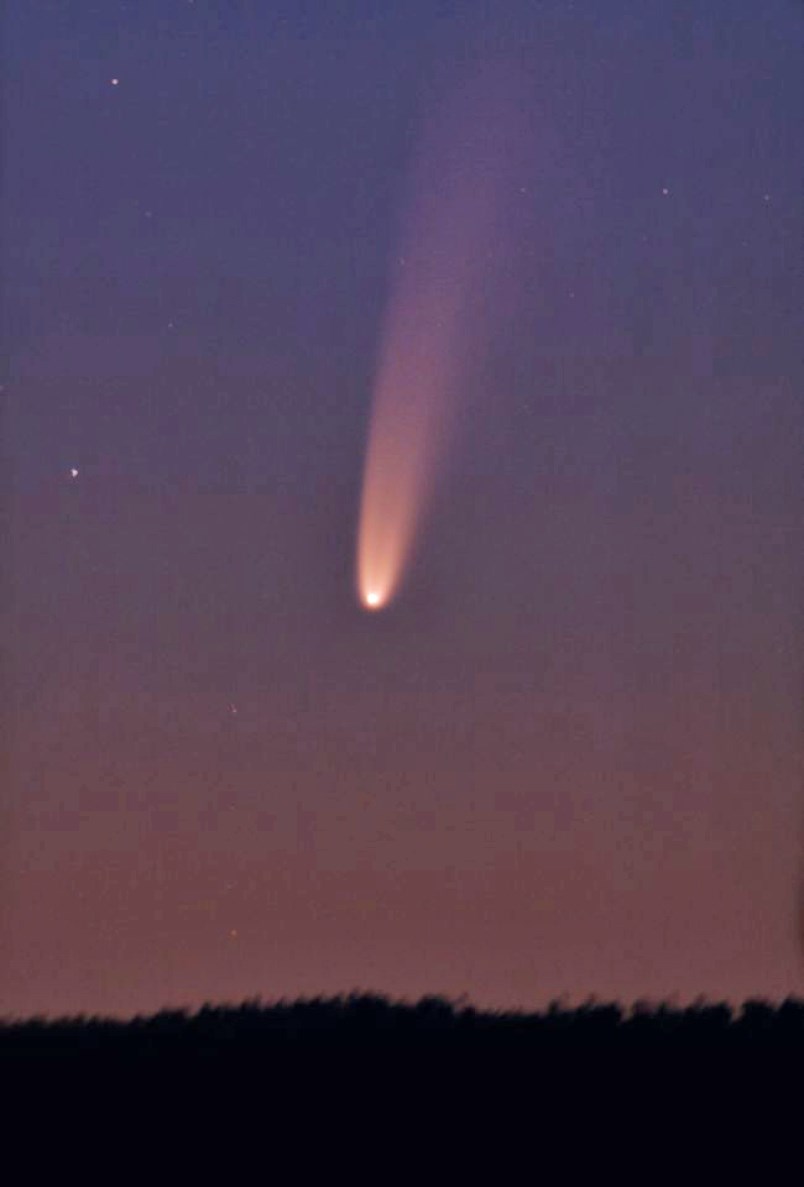 "For human beings, living now, this is the moment. We're not going to see it again."

Few occasions are so rare that they happen once every six millennia or so, but seeing comet NEOWISE is one of those gems.

While comets pass by Earth all the time, this one is able to be viewed with the naked eye.

That's according to Brian McNamara, a professor of Physics and Astronomy at the University of Waterloo, and chair of that department.

"They're notoriously hard to predict how bright they'll be, but every once in a while, we get one that just looks gorgeous, and I gather that this is a good one," he said in an interview.

"To see it, now it's swung around the sun and you can see it in the evening. So, you have to wait until the sky dims three quarters of an hour to an hour after sunset. Look to the West, toward the sun, then to the North. If you can see the Big Dipper, which is an obvious thing, it will be hanging in the sky with the Dipper, below. Look down from the Dipper."

McNamara also recommends averting your eyes a little bit rather than staring straight-on, as your eyes will be more sensitive to seeing it.

He also recommends binoculars over a telescope.

This is the brightest comet since Hale-Bop, which flew by Earth some 23 years ago according to McNamara. He added that NEOWISE will peak in visibility sometime in the next week.

"In ancient times, it evoked terror. Often times, it was thought to be a premonition of hard times. It's not such thing, it's just one of the spectacular aspects of astronomy that we get to see. It's just debris that's left over from the formation of the sun, the formation of the Earth and other planets. From a scientific point of view, they're fascinating objects because they represent that elemental material out of which we all emerged. So, scientifically we enjoy it, but it's a wonderful sight to see for anybody."

McNamara noted that you have until the beginning of August to see NEOWISE, unless you plan on sticking around for another 6,800 years.

"Just go out an hour after sunset, if it doesn't work tonight, try tomorrow. Try the next night. Over the next couple of weeks, maybe you'll get lucky. Pull out your binoculars."