'Freezing rain is the most challenging', ION disruptions blamed on weather

There's been partial service disruptions due to strong winds and freezing rain
Dec 3, 2019 8:00 AM By: Erin Anderson 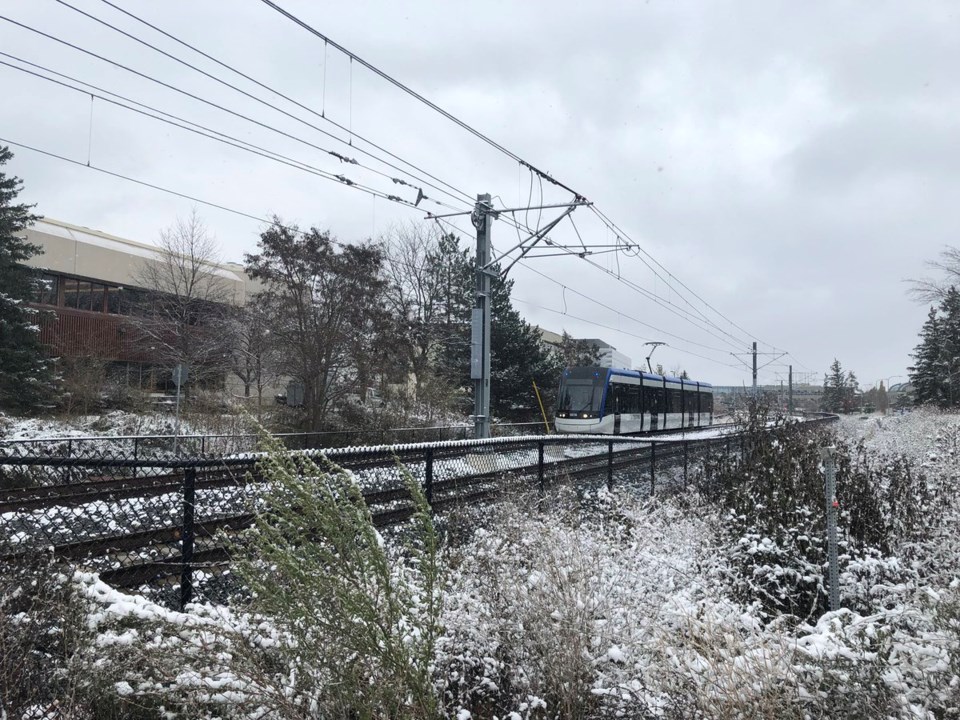 Winter is still a few weeks away, but severe weather has already caused some ION issues.

On November 27, service was temporarily impacted on Seagram Drive due to an issue caused by strong wind gusts.

"There's a combination of issues with the crossing gate arms. Some of them are getting hit or damaged, potentially by vehicles as they pass near them. We're also seeing a little bit of an impact from the strong winds as well. So we're looking at what we need to do to appropriately deal with those issues," said Ian Cushion, General Manager of Keolis Grand River.

There was also a weather-related service disruption on Sunday as Waterloo Region was hit with freezing rain and ice pellets.

"We had ice accumulate on the overhead wires in a couple of exposed locations. In those locations, the ice was just enough for the trains, when they're running slowly, not to be able to get past the ice. So we had to get our specialist equipment mounted on the trains - we just run that through the icy locations, then the ice gets cleared and we're able to get the trains moving again."

"When we have cold and snow, we can deal with that. The freezing rain is one of those conditions where we have to respond as quickly as possible to minimize the impact. We are looking at what we can do to prevent ice buildup, there aren't many industry solutions that have been proven to work, so we are investigating different options."

He said they do have a plan in place when it comes to dealing with the icy weather, which mainly focuses on keeping trains moving.

"I think one of the issues Sunday is it was a slightly lower frequency, as it was the weekend, so we need to make sure we have that train frequency a bit higher and get the ice cutters out a bit quicker. More generally for the winter, we have worked closely with local councils to ensure that we can clear the snow on the ground, and that roads and the tracks are clear. And we also have contractors on board to clear the platforms."

Cushion noted it is still a learning process.

"Our plan is to learn from each and every incident we have, and improve. If we do have some growing pains, rest assured that we will be rapidly improving from those."

Cushion added whenever there is a disruption, Keolis works closely with Grand River Transit to enact a bus-bridge plan to ensure they keep people moving.