She says the large number of positive cases at the facility are all due to negligence from management
Apr 24, 2020 5:40 PM By: Aastha Shetty 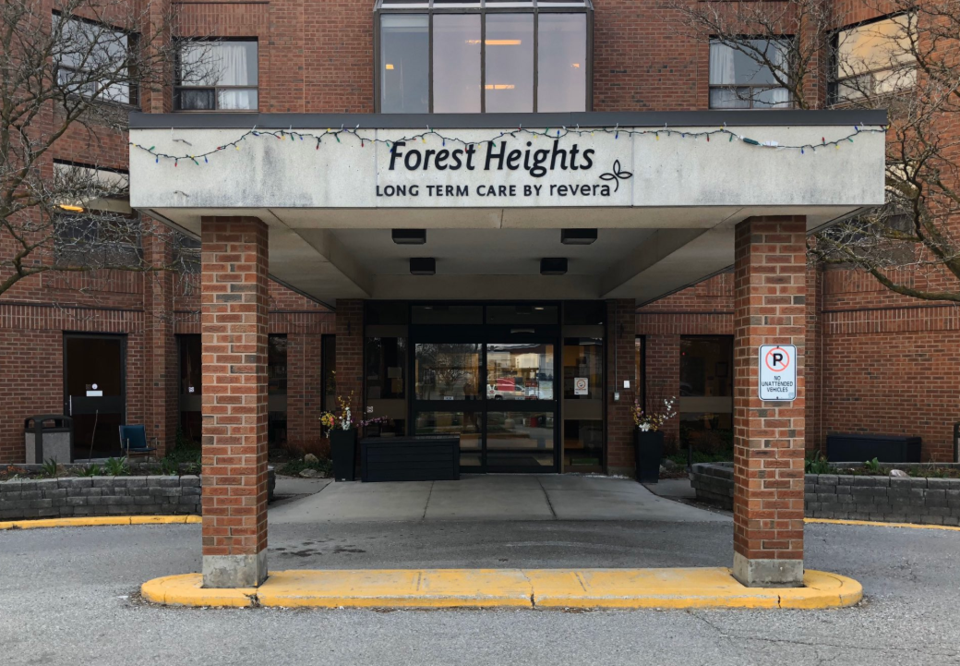 Forest Heights Revera Long Term Care Centre has the highest number of positive cases and deaths at a retirement facility or a long term care facility in Waterloo Region, at the time of publishing.

Out of the 163 total positive cases at the facility, which includes residents and staff, Region of Waterloo Public Health says 23 people have died after getting sick with COVID-19 at Forest Heights Revera.

One care worker from the facility is now speaking out -- she says the 163 total positive cases are all due to negligence from management.

570 NEWS spoke to the care worker from Forest Heights Revera, who wishes to remain anonymous and will be referred to as Bridget.

She says all of this could have been prevented.

"Residents who tested positive on the third floor, who are smokers, were given the okay to go to the second floor patio to smoke. When we had our first positive case of COVID, they had taken that man from one side of the building over to the other side of the building, where there were no positives, to self-isolate. How does that make any sense?"

Bridget says they have been dealing with shortages for a long time.

"When you walk in to your shift in the morning and you look into the supply closet and you see that you have 14 towels to supply 64 residents, what do you do? You're using one side wet and one side dry, and for the other 50 residents, we're using wet wipes -- if they're lucky, to clean them."

She says management's response to COVID-19 has been insufficient because allegedly the response so far, has been to put a pot of soup for workers in the break room.

"A pot of soup -- that's basically all we're worth at this point, a pot of soup. It's not okay. Where is our safety pay? Where's our respect? Where are the managers to say 'okay, you guys have tested positive, you self isolate'? Where's the plan? We must be tested every year for stuff like this."

Bridget says it's not surprising to see there's been an outbreak at Forest Heights Revera Long Term Care.

"It's terrible. The way the nurses and the PSWs, we run and run on a daily basis and try to please everybody and it's like there's no respect. There's no -- nobody recognizes us. I blame the management staff. Where's our leadership? This is not the government's problem. This stems from Revera, this stems from our management team. Our administrator is an RPN, our DOC [Director of Care] is an RN. Why aren't they up helping on the floor even when we're shortstaffed?"

She says there needs to be more accountability from the management team.

"I tested positive and the next day they called me in for work and I explained that I'm not feeling well. You know what their response was? 'Take a Tylenol and come in to work.'"

570 NEWS has reached out to Forest Heights and their parent company, Revera Living for comment, but they have not yet gotten back to us.