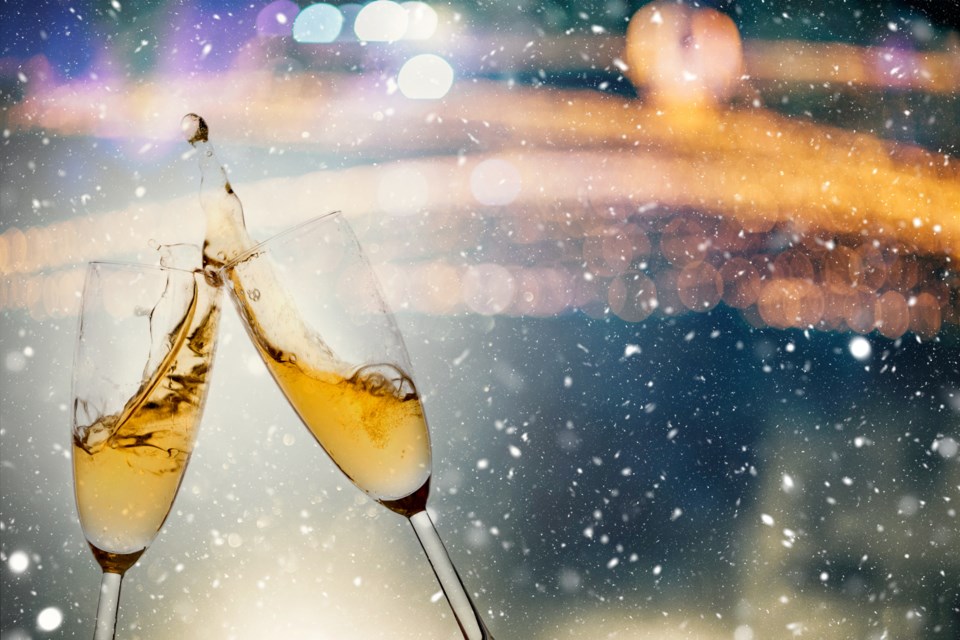 Following the start of a new year, gym memberships usually see a spike from people getting started on their resolutions. But attendance starts to slip a few months in, as most people fail to stick to their commitment.

About 40 per cent of us try to make significant changes to our lives with a resolution, only to fall back to bad habits or give up due to how difficult it is.

Change is hard, but it doesn't have to be, according to Dr. Alok Trivedi, human behaviour and psychological performance expert and founder of the Aligned Performance Institute.

He outlined a few common issues with new year's resolutions, as well solutions while he was a guest on the Mike Farwell Show on 570 NEWS.

Many of us hope the new year will bring a new start, and often aim for goals outside of their reach. Using weight loss as an example, Dr. Trevidi says trying lose 50 pounds becomes a "daunting task," but breaking it into a something "smaller and chunkable," can make things easier on you.

"Instead of saying, 'I need to lose 50 pounds, your new year's resolution turns into, 'I want to lose five pounds a month,' that becomes a different dynamic and a very palpable and easy goal that you can actually attain."

2. Don't tell people about it

While the start of a new year is an exciting time for many, telling everyone about your resolutions isn't the same as accomplishing them.

"Keep your mouth shut. Don't tell anyone about what you're going to do. The resolution is not for everyone else; the resolution is for yourself. And the more you do that, the more the energy is going to keep inside of you, versus telling everyone and trying to keep them to hold you accountable, which never works out anyway's."

He says having people work with you on your resolution is one thing, but most people will not waste their time and energy reminding someone about their goals if they aren't putting the effort in.

Everyone has said the same resolutions before and failed to accomplish them. Your resolution is not unique. But instead of letting keep you down, Dr. Trevidi says to learn from failure.

"The question is what made us fail? What was it that caused us to fail in those? If we can learn from those, and see that this is going to happen again---cause history repeats itself---then we can master those things that we failed at by understanding what it is and being able to move ourselves forward."

He says positive thinking can only take you so far, and that there's value in negative thinking; that it can serve as a warning signal about the obstacle you may face.

4. Don't compare yourself to others

As mentioned above, your resolution, your goal, is for you; not others. Using others a measurement for your own goal leads to self-defeat more often than not. Dr. Trevidi says you shouldn't concern yourself with someone else's progress, especially when you don't know their situation. Using weight loss as an example, some people have different metabolisms or easier access to gym equipment.

"If you're comparing yourself to the other person without knowing all the variables, you're going to set up for some defeat because they may go faster than you. So you now look at yourself and say, 'I'm not good enough' or 'I'm not doing enough as them,' and then you feel bad yourself. If you put yourself in the emotional state of feeling bad, you're going to stop doing the goals."

In his opinion, vision boards and the like were more or less fantasy and wish-fulfillment without the work.

He warns that vision boards can have the opposite effect, especially when those boards represent things that aren't attainable goals that can be broken down into steps.

It becomes part of a cycle to put off change if you're always planning for the next year. And if it's not New Year's it after the weekend, sometime next month, or something else.