Regional Council will award a contract Thursday night, to push ahead with separated bike lanes in the university district
Aug 22, 2019 1:00 PM By: Mark Pare 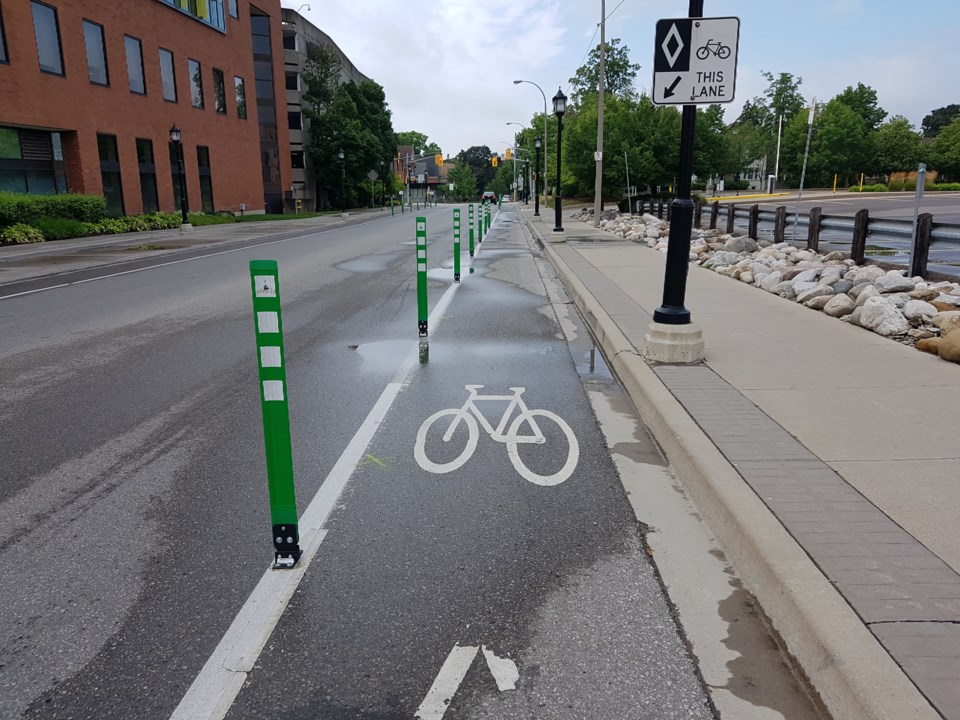 New separated bike lanes look to be inching closer to reality in the university district.

Regional Council will look to approve a construction contract Thursday night, on a pilot project that would see barriers put in on nine kilometres of roadway in the next couple of weeks.

Emily Slofstra is with CycleWR. She tells 570 NEWS the benefits will be far reaching, and not just for cyclists.

"Separated, protected bike lanes are good for everyone who uses the road," she said, "I'm someone who bikes, but I also drive and I walk.  I know people who use scooters and mobility devices.  These are beneficial for them as well."

Slofstra says right now, the impacted streets just have painted lines on the road, and don't offer much protection.

All in all, she says the barriers will bring more into a driver's sightline, so they're more aware of the separation between bike lane and regular roadway.

And you can't put a price on safety.

"Road projects are always expensive, regardless of what means of transportation they're primarily supporting," Slofstra said, "I think spending a little more money on cycling is going to be beneficial for the region as a whole."

To get into specifics, these barriers would be set up on roads such as King, University, Columbia, Erb and Albert.

Slofstra says the most important part of a project like this is that it's flexible, and officials can tweak things as they go, similar to how Calgary and Edmonton are doing things.

"It might mean the location of posts, or the types of barriers that they put in, or the way they do certain intersections," she said.

"Ideally, the actual bike lanes will stay, and all the infrastructure will stay in place.  But it's going to take time for everyone to get used to it and to figure out the best methods."