Construction on new 1.5 km Market Trail to begin this summer

It will eventually serve as the new Trans-Canada Trail route between Woolwich and Waterloo
Jun 10, 2021 3:40 PM By: Aastha Shetty 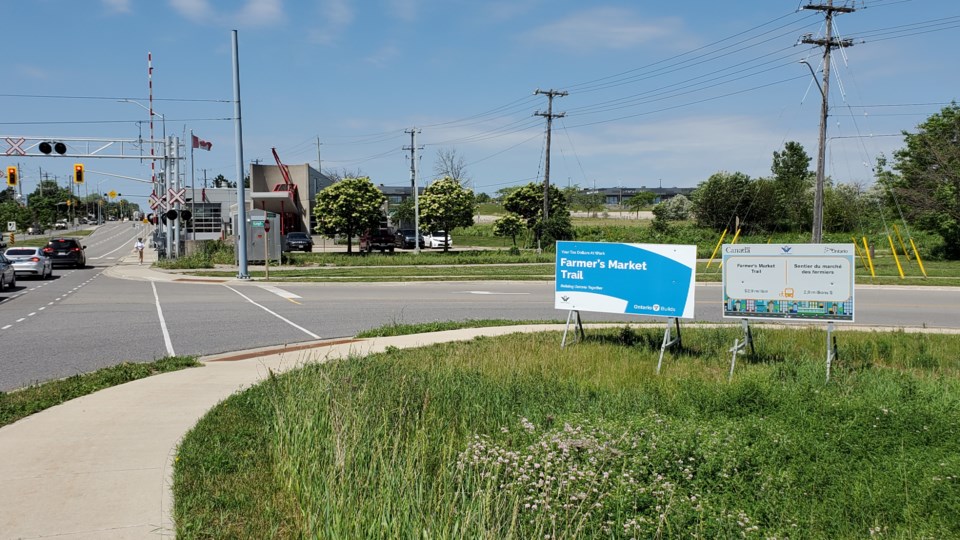 Some of the clearing work has already begun for the new Market Trail going through Waterloo Region.

Regional council members are hoping the new trail will connect cyclists and pedestrians from Waterloo to Woolwich.

Regional councillor and Waterloo Mayor Dave Jaworsky said the trail will be ready by the beginning of next year.

"Once this is done, you'll be able to go from Victoria Park, along the Iron Horse Trail, through beautiful Uptown Waterloo, Waterloo Park, the University of Waterloo, and then take a nice back-way all the way up along the railway to St. Jacobs Market, to get the maple syrup that you want and make your way back safely, separated from cars."

He added construction for this unique trail will begin this summer.

The 1.5 km trail will eventually serve as the new Trans-Canada Trail route between Woolwich and Waterloo.