The 2020 initiatives took place during a year that was 'devastating' for businesses in Uptown Waterloo, says BIA
Feb 23, 2021 6:00 AM By: Ben Eppel 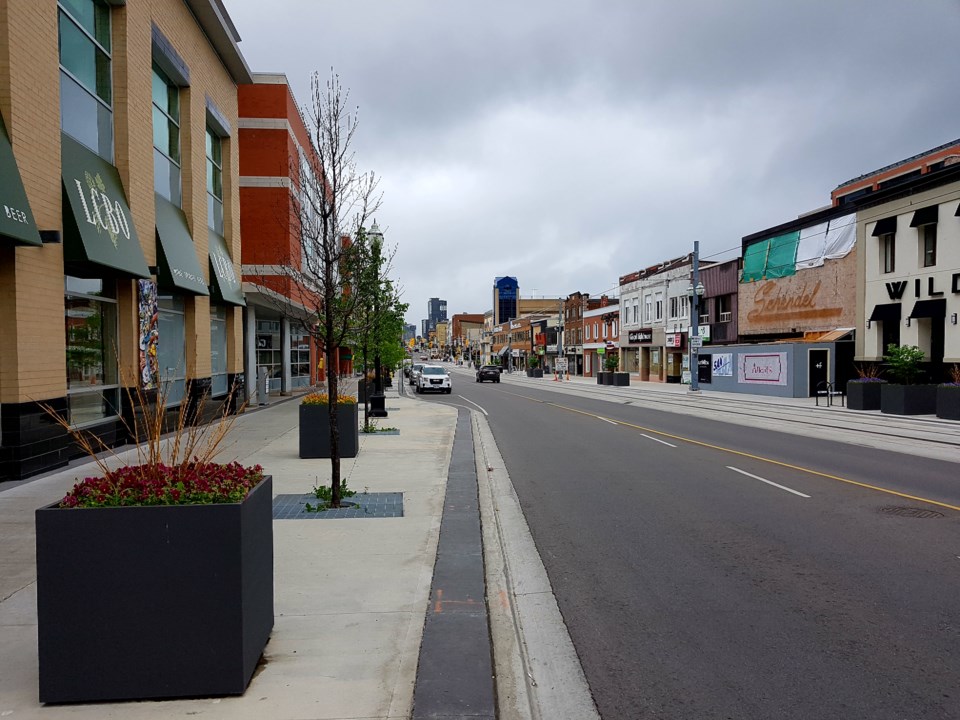 To say the past year has been 'one of flux' is an understatement for small businesses.

"COVID-19 has had a devastating effect on many of our uptown businesses, and many of our main street businesses, from which some won't return," said Uptown Waterloo BIA Executive Director Tracy Van Kalsbeek. "But if we know one thing, we know the uptown is resilient. We saw this adaptability during the five years of LRT and sctreetscape construction before the pandemic. Businesses evolved to serve and engage their customers in new ways."

Twenty new businesses have set up shop in the uptown area in the past year, however 24 have been lost for various reasons, including the pandemic.

Part of the city's initiatives to help businesses throughout Waterloo was the introduction of closed and slow streets. Those areas were indicated by temporary signage and traffic barrels, but the end result was mixed.

"The results of the Slow Streets showed that while some traffic volume and speeds
decreased and spaces for physical distancing were created, there was a split between
the support and opposition to the pilot in the resident feedback," said a staff report prepared by Jenny Setterfield. "For the time and funding that it took to implement this pilot, staff do not feel that the community received the desired benefit of the objectives."

"Results of the Closed Streets were also divided between residents and businesses, however, staff feel that this type of initiative, with the appropriate application from any event organizer, could be a success to meet public expectations and Council’s objectives."

"The All-Way Stop Sign Control installations showed poor compliance during the initial studies. Assistance was requested from Waterloo Regional Police Services to help educate and enforce. Further compliance studies will be conducted in the spring of 2021."

The all-way stop sign installations saw particularly low compliance (cars coming to a full stop), with numbers as low as 44 per cent during observations made on October 1, 2020.

Ward 7 Councillor Tenille Bonoguore noted success in her jurisdiction, though noted the temporary infrastructure saw issues of being moved and stolen in several areas.

Bonoguore said she doesn't believe that council should bend to residents who are going against the law and driving in a dangerous fashion.

Staff will bring back a plan including costs for installing semi-permanent roadway signs in some streets of uptown west and on Waterloo Street.

Closed streets can be brought back on an application-basis, where the closed street can be used to effectively generate revenue for local businesses, especially after the COVID-19 pandemic.

Waterloo City Council also gave final approval to their strategy for a revitalization of University Avenue. So far, just over $3 million is earmarked for the project.

The report from staff says that the Slow Streets had some positive effect on speeds, but caused confusion and angst amongst residents. "The temporary equipment, lack of planning and public education all played a part in the outcome." @570NEWS pic.twitter.com/2axVp3qk1P