Children and youth strike against climate change in Waterloo Region

They are asking the government to add more protections against climate change
Jan 11, 2019 5:00 PM By: Aastha Shetty 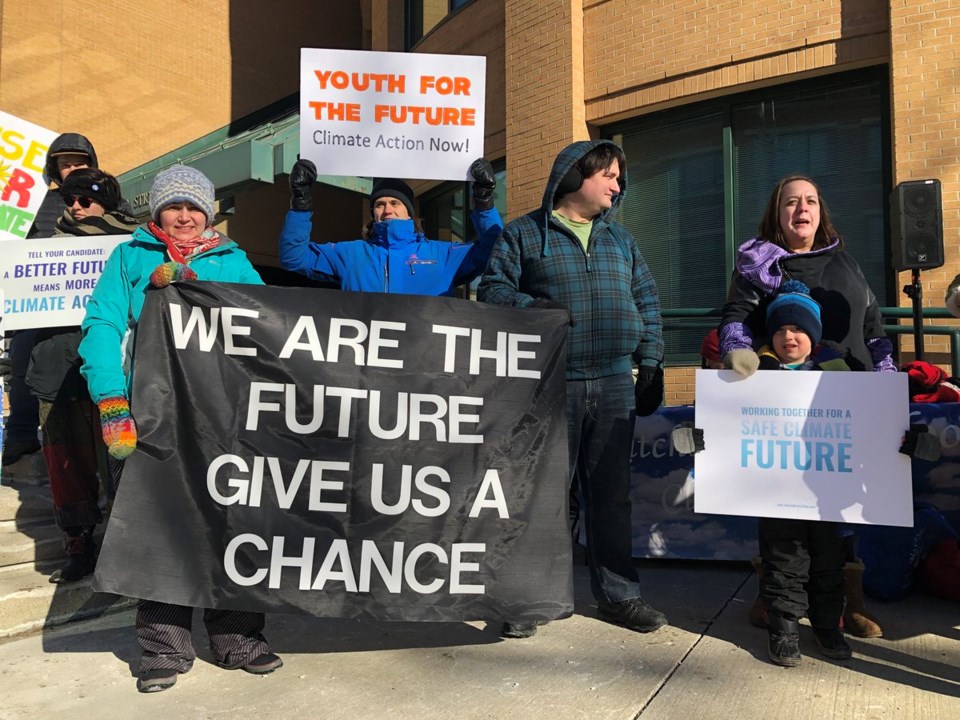 A group of about 30 people of all ages gathered outside of Waterloo City Centre on Friday to strike against climate change.

School-age children and youth skipped class to take part in the strike against climate change.

It was Waterloo Region's first "Fridays for Future" strike.

One of the organizers, Sophia Kudriavtsev, says children and youth will be skipping class to strike every Friday, until they see a response from the government.

"It's important for them to stand up and fight for their future and striking from school is one way they can show that this is something serious because without a future, their education means nothing."

She says they are striking to demand that people and policy makers make change to help the environment.

Another organizer, Mo Markham, adds that they are striking because the government is not making changes fast enough.

Markham says children just want to have their voices heard.

"We're leaving it to the children, who want to make change. We are just helping them facilitate that. Everyone needs to start being aware of their driving, their flying, what they're eating, what's on their plate -- just what we're doing every single day. We're past that point where we can just make changes in our own lives, I think."

The protestors stayed outside, holding up signs in the bitter cold until 2:30 p.m. on Friday.

They plan to do it all again next Friday.

At the end of Friday's protest, everyone signed a letter that was addressed to Waterloo MP Bardish Chagger.

Some children have skipped school today to strike for the climate. This is the first time a “Fridays for Future” strike is happening in Waterloo Region. @570NEWS pic.twitter.com/zLFEv0VCj1

School children and high schoolers have skipped school to strike for the climate today. Here are some of the signs they are holding. @570NEWS pic.twitter.com/andP7YjLYn

Protesters have set up right outside Waterloo City Centre. The number of strikers is growing. @570NEWS pic.twitter.com/fXqrA4ZZ3i