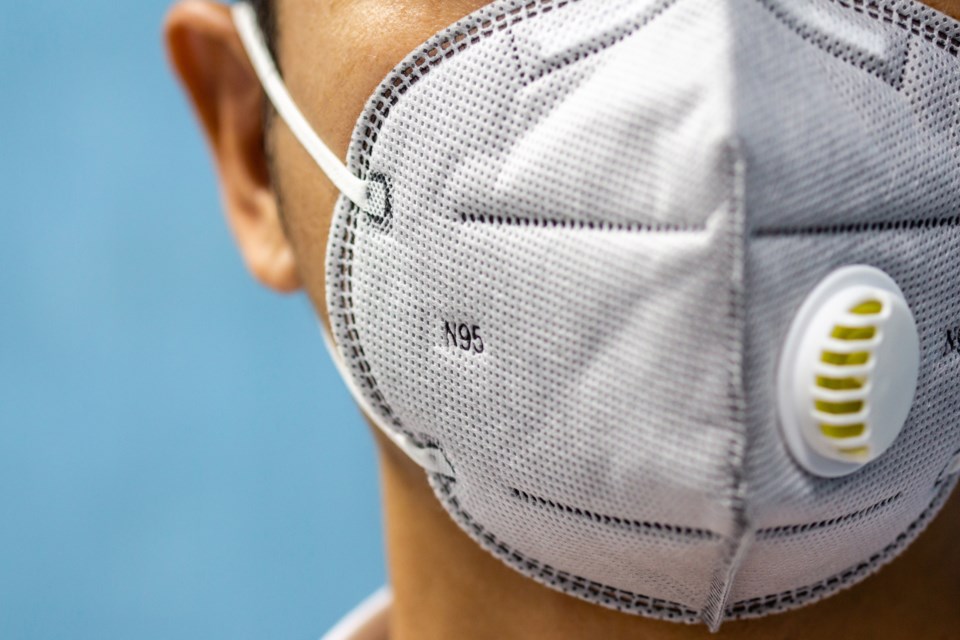 With the onset of the COVID-19 pandemic highlighting a lack of availability in locally sourced, medical-grade personal protective equipment, many in the manufacturing and related industries were eager to whatever they could to help.

Joining in that call to action was Cambridge-based Eclipse Automation - using their expertise in creating custom items efficiently, they developed equipment to produce N95 respirators along with other forms of much-needed PPE. With the capacity to produce 50 million N95 respirators annually, Eclipse Innovations President & CEO Steve Mai said his company has stepped up to take on the challenge – though issues in N95 certification and ‘completely broken’ procurement in the healthcare sector is now proving to be detrimental to the fledgling homegrown industry.

According to Mai, N95 masks require, fit testing, a specific comfort level, breathability and a blood penetrant test to repel moisture should it be considered surgical grade rather than regular grade. Setting off to create the highest end product for Canadian frontline healthcare workers, Mai said Eclipse Innovation set out to make surgical N95 masks, requiring certification from a recognized regulatory body. The only certification that existed or was acknowledged pre-pandemic is that given by the National Institute for Occupational Safety and Health, or NIOSH, based in the United States. That regulatory body, however, has placed a priority on testing the products of U.S.-based companies at the direction of the U.S. government, creating a backlog for Canadian companies looking to get certified.

Mai said Canada doesn’t have its own certification or regulation for N95 masks, as OSHA instead points to the use of respirators approved by NIOSH, or a testing and certifying agency other than NIOSH, “in the opinion of a person qualified or with knowledge and training in the industry of hygiene practices, that will afford a worker use and protection at least equal to the protection afforded by a respirator approved by NIOSH”.

“And so, we were actually restricted from getting certification in terms of where our priorities sat – so we had to wait 7 or 8 months before we were even called to get into the system,” said Mai. “Here you could create a mask, but you couldn’t put it on any healthcare worker – and you couldn’t guarantee long-term sales.”

While waiting for their NIOSH certification, Mai said he and his colleagues worked with Health Canada to bridge the gap, eventually receiving a Canadian Interim Order that validates their product as N95, certifying it until something more permanent is available. That certification, set to expire on March 19th, is likely to be extended until Fall 2021 with the goal of making it permanent. But that hasn’t happened yet, bringing insecurity to companies like Mai’s – and further issues with the healthcare industry are only making matters worse.

Mai said Eclipse Innovations has ‘a couple million’ N95 respirators and Level 3 Surgical masks sitting on their shelves with relevant certification provided by Health Canada, though buying groups in the healthcare space have ‘hung their hat’ on the idea that a respirator must be NIOSH approved for usage. Mai said that, in engaging with buying groups in healthcare and hospital space, his company normally spends weeks educating on the interim certification they’ve received from Health Canada, and in proving the efficacy of their respirators.

“You want to have a product that keeps people safe and you want to know the validity of it – the validity is as much the stamp as it is what the performance of the product is. Our product has gone through more regimented performance criteria than even NIOSH, but individuals are making the assumption that NIOSH is the only path forward and it’s not,” said Mai. “It’s completely false, and the governance of that is tied to the Occupational Health and Safety Act.”

Further issues exist in the supply chain as well, as Mai said his company and others that have made their pandemic pivot are dealing with a procurement process in the healthcare industry that doesn’t allow them to compete. According to Mai, pre-pandemic rules allowed group purchasing organizations to secure volume pricing and contracts with importers – and when emergency orders came into place in the country, many secured great deals of PPE and long term contracts with providers in other countries, excluding Canadian companies who stepped up to get into the PPE industry. Buyers may be allowed to buy small volumes outside their contracts, but only in the case of supply shortages.

“If the medical industry consumes 80% of PPE in general, in terms of pandemic volumes… and most of that is secured by these buying groups where the rules were put in place pre-pandemic and have no space left for individuals like myself and the PPE industry that’s homegrown now here in Canada – I mean, it’s completely detrimental to the growth of the industry or sustainability, and it will be gone soon.”

Mai said he’s been in close conversation with 20 or 30 CEOs who made similar pivots to that of Eclipse Innovations, sharing best practices and helping each other out in shoring up PPE levels. Of those contacts, Mai said many are now in a situation where they’re going to be closing their companies or potentially going bankrupt because they aren’t allowed to compete. Mai said he ‘couldn’t be more disappointed' by how the call for domestic PPE has been handled, as he said the government offered funding and grants in the early days to get production off the ground, only to lose sight in supporting a strategy to keep the industry sustainable.

When it comes to certification, Mai said the people behind those processes at NIOSH and Health Canada are doing their jobs – and it’s going to take time, as it should. And while he expects to receive NIOSH approval by April, the issue remains in the supply chain as Mai said what’s needed is for the Federal and Provincial governments to step in and take some risks to assist in procurement issues.

“The government, especially here in the province, can definitely consider that the way procurement worked in healthcare pre-pandemic is completely broken, get in touch with all the stakeholders and come up with a solution that puts everyone on fair ground – otherwise, selling in Canada is going to be squashed.”

Mai said his phone has been “ringing off the hook” with buyers from other countries to buy his N95 masks, as their governments have stepped up to clear out roadblocks and red tape.

“I didn’t set out to export my product,” said Mai. “They’re going to be ready the second I have my NIOSH approval to secure orders for two, three years for export and there’ll be nothing left for Canadians. That’s appalling to me (…) and our goal is not to let that happen for all of the PPE we’ve set up in this country.”

Outside of the issues with the healthcare industry, Mai said his product is still selling everyday and doing fairly well with agencies that have “stepped up and really understood the problems” like long-term care homes and specific emergency services like fire departments.

“We’re actually doing fairly well from that perspective, and that’s great,” said Mai. “The reason I’m bringing this out is (…) I never want to sit there again and hear, as far as I’m concerned, one of the most education, technical and innovating countries in the world is helpless because we’re not and we’ve proven that – but we need support for that to continue.”