The helicopter transport company brings snowbirds from Hamilton to Buffalo, along with their personal vehicles
Nov 28, 2020 5:31 PM By: Luke Schulz 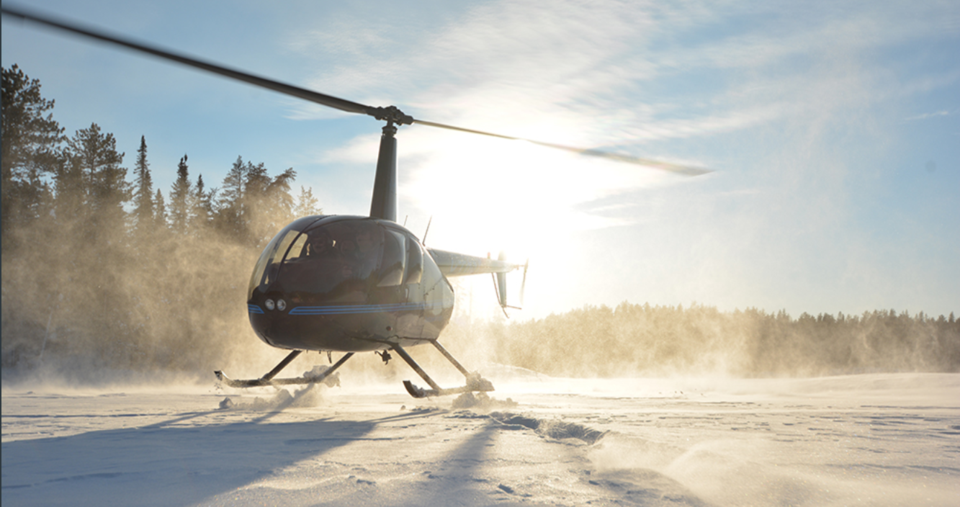 While the COVID-19 pandemic has many sheltering in place and avoiding any non-essential travel, some members of the Canadian snowbird community continue to look for ways to make the annual trek to the Sunshine State.

Though vehicle travel to the United States may be restricted for non-essential personnel, Cambridge based Great Lakes Helicopter Corp. has found its COVID-19 pivot in transporting snowbirds, and their personal vehicles, to the first leg of their south-bound journey.

Dwayne Henderson is the General Manager of Great Lakes Helicopter Corp. and speaking as a guest on the Mike Farwell Show on 570 NEWS, Henderson said his transport company started the snowbird flight service in late October and has since flown more than 30 passengers with hundreds more booked for the trip. While some may raise concerns about the responsibility of flying south during a pandemic, Henderson said that major airline carriers have been transporting people to the states for the entire pandemic – though his service allows snowbirds to have their vehicle waiting for them when they arrive in Buffalo.

“We get our patrons to show up at the Hamilton airport, we get their vehicles loaded onto car carriers. The car carriers take the vehicles over to Buffalo, and then we shuttle the patrons over to the Buffalo International Airport via helicopter – just a short 35-minute flight over the Niagara Falls…” said Henderson. “Their vehicles are there waiting for them, and they can carry on with whatever plans they had planned on making.”

While those snowbirds are still required to clear customs, Henderson said the entire procedure falls fully within COVID-19 rules and protocols. In marrying the patron transportation service with vehicle shuttling courtesy of partner GRM Transportation, Henderson said Great Lakes Helicopter Corp. has seen a level of business not normally present at this time of year.

When asked where the idea for the service came from, Henderson said that one of the company pilots’ parents have a residence in Florida and were hoping to make their way South for the winter. While larger carriers may have limitations on the amount of luggage or pets, this service is able to accommodate those requests with special precautions in place.

“He decided he would fly them over with one of our aircraft. They wanted their vehicle, so we matched that up with a carrier…” said Henderson. “There was a lot of response from that through the snowbird association (…) and it's sort of grown from there.”

Costs associated with helicopter transport to the United States are $1200 regardless of number of passengers, along with a $700 fee for vehicles – up to $1600 for larger vehicles like RVs or those towing trailers. Henderson said the helicopter transport company now has over a few hundred bookings to head to Buffalo, with the average flight limited to 3 passengers.

“Air Canada flies three times a day to Florida and they do 250-300 people at a time… I think between now and mid-January, if things go status quo, we’re likely going to fly about one carrier plane-load of people to Florida.”

With regards to criticism, Henderson said the main question comes in whether those transported to Buffalo will follow proper health measures upon return. Flying through the service is a one-way trip, with snowbirds expected to return on their own via their vehicles through the Canada-U.S. border.

“I’ve got faith in humanity – faith that the people returning are going to keep themselves safe and the people around them when they do return if they still have to do the quarantining…” said Henderson. “At the moment, Canadians can drive back across the border with the current rules and they have to follow the quarantine protocols…”

As a company, Henderson said each helicopter is thoroughly cleaned and sanitized prior to and after every flight, with mandatory masking of pilots and patrons.