Cambridge Chamber of Commerce CEO Greg Durocher says it's about getting to know the people running for Regional Chair and Regional Council in Cambridge
Sep 18, 2018 1:49 PM By: Mark Pare 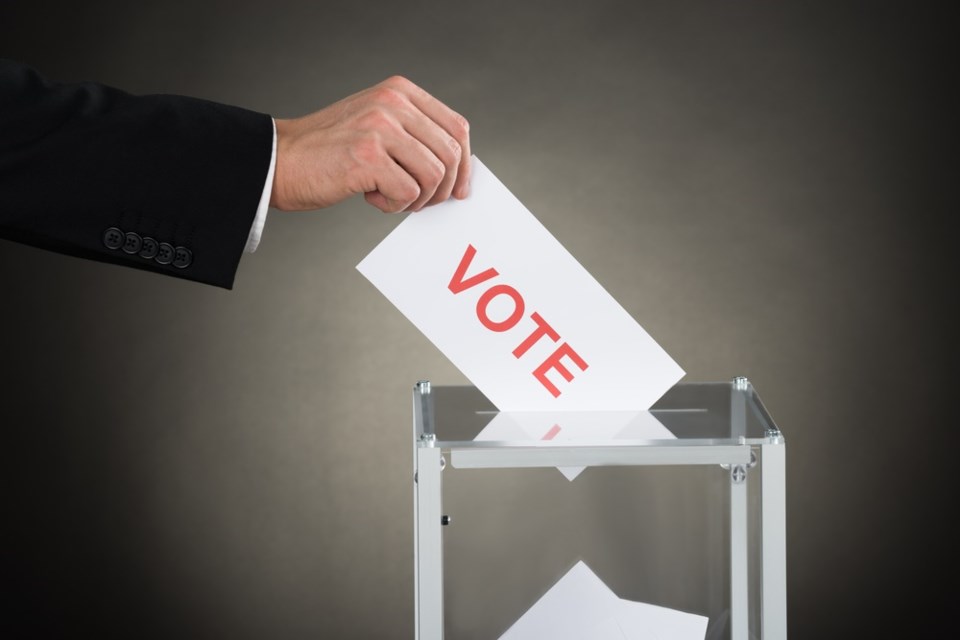 Do you believe in a supreme being?  Were you born in Canada?  Do you think gay rights have improved?

If you're running for Cambridge city council, Regional Council in Cambridge or Regional Chair, chances are you've seen these questions before.

They are just some of the questionable questions being asked by the Cambridge Chamber of Commerce, and their CEO Greg Durocher tells The Mike Farwell Show that it's about getting to know the person, and not their policy on things like the LRT or garbage pick up.

"We could talk about the hot button issues all day long, and everybody is going to say about the same type of thing," he says, "What we want to find out really, is who are we voting for?  And why are they seeking public office and why should we exercise our vote and privilege to put them into office?"

"It's really about the person, and the confidence level you might have as a voter in selecting that individual to make decisions on your behalf."

The entire effort came after discussions to try and level the playing field between new candidates and incumbents.

The questions being posed come from a volunteer interviewer connected to the Chamber with the answers set to be posted online for voters.

570 NEWS has obtained the long list of some 40 questions being posed, including:

He does say questions like "How has God influenced your life?" and "What religion are you?" are not on the list, but "Do you believe in a supreme being?" is there.

As well, Durocher takes issue with the way some of the questions are being posed.

"We're not going to release the exact verbage of the questions simply because it gives an advantage to those who have yet to be interviewed."

For example, he says the question "What is your stand on abortion?" is not on the list because it's nobody's business.

But if phrased in a different way, such as "how have we, as humanity, dealt with issues," it can open up the conversation and shows how a candidate thinks.

"There's no right or wrong answer to any of these questions, it's opinion-based," he said, "It's no different than me saying 'What is your opinion on an SIS (safe injection site)?'"

He says wording any of those questions in a different way can make it a whole new question.

As for moving forward, Durocher says once they interview everyone, the chamber board will get together to see if anything should be cut out.

He says everyone that was questioned will get the chance to cut anything out of their interviews as well.

"If we decide that we're going to have to edit the heck out of them, and make a very awkward type of viewing, then we'll just scrap it," Durocher said.

The full interview will be made available tomorrow online at 570NEWS.com in our audio section HERE.

The interview is generating some polarizing views from Regional Chair candidates already.

For his part, Jay Aissa has not and will not participate in the process after listening to Durocher's interview on 570 NEWS.

He says on Facebook, "Good morning my friends. I was scheduled to be interviewed by the Cambridge Chamber of Commerce this afternoon. However, after listening to 570 Radio this morning, and reading an online article by the Kitchener Record, I have decided not to do the interview."

"None of the questions coming from the Cambridge Chamber of Commerce to our municipal candidates has anything to do with matters of public policy as they relate to public policy. I will happily answer any question that has reverence to how our Region operates or how I intend to lead our Regional Government, but I will not be subjected to questions that have noting to do with the administration of our local issues. Please visit my website www.votejay.ca to see a copy of my letter to the Cambridge Chamber."

Meantime, Rob Deutschmann says he already participated and "not a problem with the questions."

"I think it's important for voters to get to know their candidates," he said via Twitter, "As an elected politician we will be making decisions based on the info presented to us. What forms are decision making process is a relevant issue for voters."

I participated. Not a problem with the questions. I think it's important for voters to get to know their candidates. As an elected politician we will be making decisions based on the info presented to us. What forms are decision making process is a relevant issue for voters.

Three out of the four candidates for Regional Chair will be on with The Mike Farwell Show Wednesday morning to discuss the topic further.