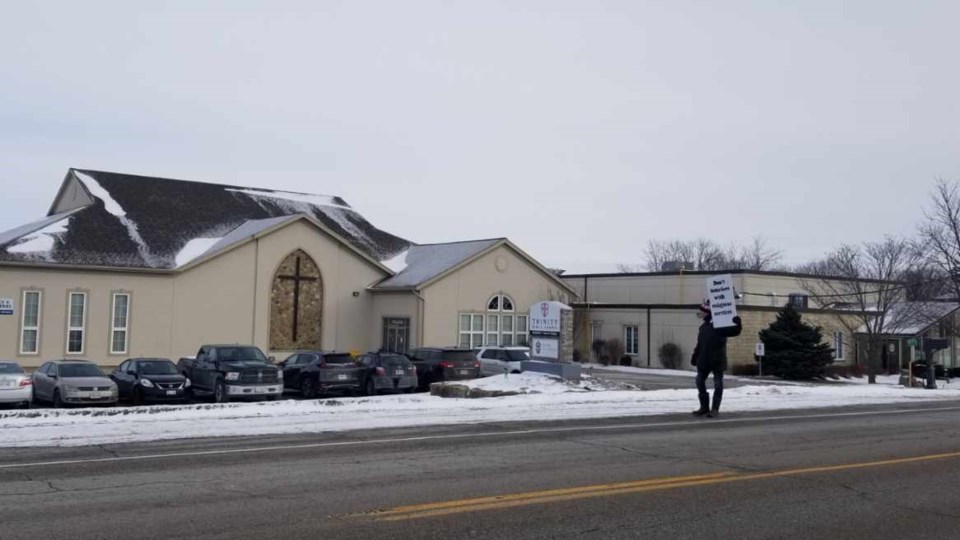 Trinity Bible Chapel is looking at a small win in the ongoing court battle with the Attorney General.

Court documents posted by the Justice Centre for Constitutional Freedoms show the Attorney General asked Ontario's Superior Court for an injunction that would see the church's doors locked.

The request was based on the church being found in contempt of court for previous breaches of the province's public health restrictions, but the judge said their interpretation of the provincial wording was "reasonable."

"I have considered this issue, and in my view, the interpretation given by the respondents is reasonable," said Justice Paul Sweeny in a ruling Friday. "To be clear, I am making no finding with respect to the actual conduct of the respondents. That conduct may well be in breach of the present limit of 15% occupancy. However, I am not prepared, based on the evidence before me, to say that they are in contempt of the order for the purpose of granting an interim injunction. Therefore, I need not consider the other elements of the test in order to grant an injunction. Accordingly, the request for an interim injunction is denied."

The issue has been adjourned until May 11.

The Attorney General followed up the request with another: asking for a court order that Trinity Bible Chapel follow all present and future restrictions.

That court order was granted. On Sunday, the church is still allowed to admit 15 per cent capacity. With the latest restrictions, the maximum number of people allowed in the Woolwich church will be 10 as of Monday, April 19.

EDITOR'S NOTE: KitchenerToday.com does not allow comments on court stories. Comments have been blocked as a result.