The former Kitchener Rangers' captain was playing in just his fifth National Hockey League game
Jan 14, 2020 11:10 AM By: Blair Adams 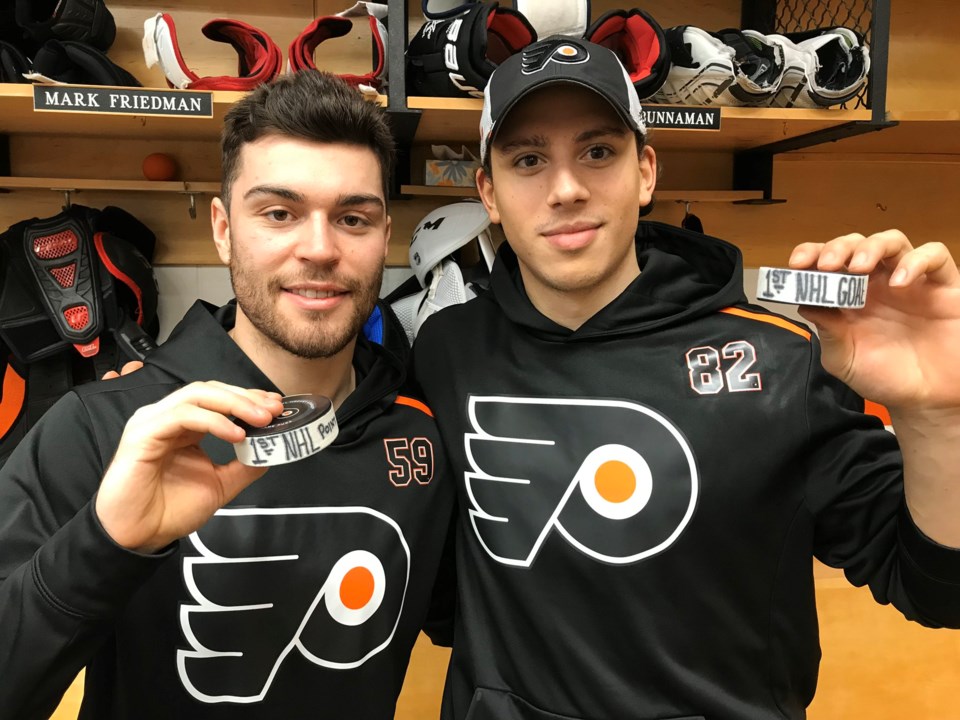 It's probably not how Connor Bunnaman envisioned his first National Hockey League goal going in, but nevertheless it still counts.

A shot from Flyers defenceman Mark Friedman hit one of Bunnaman's skates, bounced off a Boston defender, before getting past Bruins goalie Jaroslav Halak.

It was also a first for Friedman, who got his first NHL assist on the play.

But hey! We'll take it! ?? pic.twitter.com/qxw0cLIZwB

The 21-year-old Bunnaman, who's from Guelph, was playing in just his fifth NHL game.

He spent four seasons with the Kitchener Rangers and was a fourth round draft pick of the Flyers in 2016.