The province has already effectively frozen evictions at this time, but advocates say more assistance is needed
Apr 24, 2020 6:00 PM By: Canadian Press 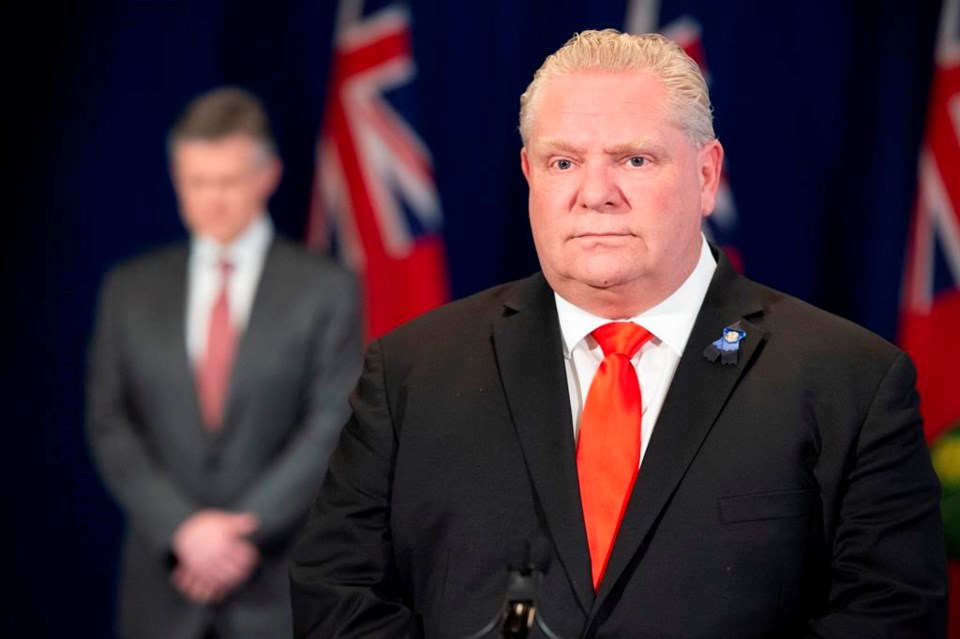 Premier Doug Ford said the federal-provincial program will see the province spend $241 million to help lower rents for qualifying small businesses, who are the "backbone of our economy," but he hopes the aid won't end there.

"I know it's not just businesses paying rent, it's many residential renters as well and with May the 1st around the corner, many tenants are feeling anxious about their rent right now," Ford said.

"Today I will ask the prime minister to work with us on a program to support residential tenants."

Ontario has already effectively frozen evictions at this time, but advocates say more assistance is needed.

"When these families are forced to choose between food and rent, it also impacts Ontario landlords and the stability of our rental housing sector," Clark wrote.

"These programs are there to help to ensure Canadians have the money they need to put food on their table and a roof over their head," Jessica Eritou said in a statement.

"Additionally, (Canada Mortgage and Housing Corporation) is working with financial institutions and landlords so that they can have the flexibility needed to show compassion for their tenants."

With many sectors of the economy struggling under the weight of COVID-19 closures, Ford promised Friday that a framework for the reopening of Ontario's economy will be released early next week.

"It will provide a gradual and measured approach to opening up," he said.

Health officials have said that while community spread in Ontario appears to be in its peak period, cases in long-term care homes are increasing.

Hospitalizations, and the numbers of people in intensive care and on ventilators all increased in the previous day.

Associate chief medical officer of health Dr. Barbara Yaffe said she is "cautiously optimistic" that Ontario is in the peak period, though it could last weeks.

"We are likely at a plateau and the numbers on the other hand are going up and that is probably because we're doing more testing, particularly in long-term care homes and other congregate settings," she said.

Long-term care deaths — which are reported in a different database that often doesn't sync up with the total provincial numbers — increased by 57 over the past day.

The Ministry of Long-Term Care reported 573 resident deaths, and a total of 2,287 confirmed cases in residents, plus 1,089 confirmed cases in long-term staff. The ministry said there are outbreaks in 131 homes, down one from Thursday.

Yaffe said there are "probably more deaths in long-term care than we are reflecting" in the provincial database.

"No system is perfect and each system has its strengths and weaknesses," she said.

Canadian Armed Forces operational help is en route to five long-term care homes in Ontario, expected to arrive this weekend, after the province made the request this week.

Orchard Villa, Altamont and Eatonville have all seen dozens of COVID-19 deaths each and a personal support worker from Altamont died.

Long-Term Care Minister Merrilee Fullerton said the military resources are going to the homes deemed to be in greatest need.

"The staffing appears to be the main area of severe concern right now and that is a major part of how we've determined to go with these five homes," she said.

"This is an issue that is changing and so if other homes need assistance in this regard, more will be deployed."