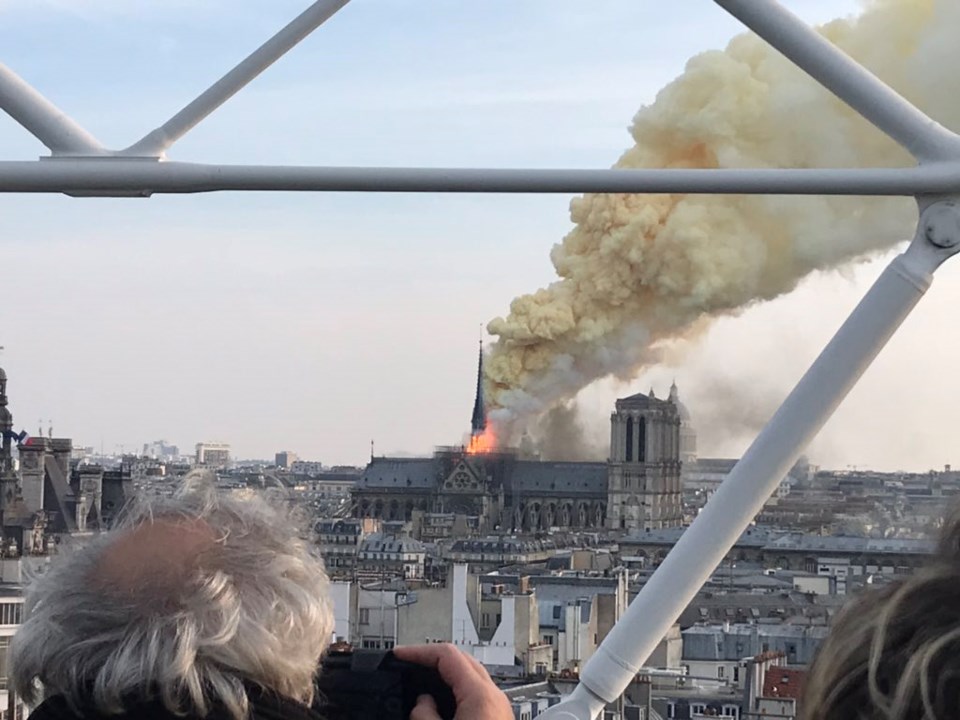 An AP reporter at the scene of Monday's fire says the roof at the back of the cathedral, behind the nave, is in flames and yellow-brown smoke and ash fill the sky.

Hidalgo urged residents of the French capital to stay away from the security perimeter around the Gothic-style church.

The mayor says city officials are in touch with Roman Catholic diocese in Paris.

The peak of the church is undergoing a 6 million-euro renovation project.

Neil Young sues Trump campaign, deriding use of famous tunes
Aug 4, 2020 6:34 PM
Comments
We welcome your feedback and encourage you to share your thoughts. We ask that you be respectful of others and their points of view, refrain from personal attacks and stay on topic. To learn about our commenting policies and how we moderate, please read our Community Guidelines.