Business as usual? How Europe's royals mix work and duties

THE HAGUE, Netherlands — As the British royal family wrestles with the future roles of Prince Harry and his wife, Meghan, it could look to Europe for examples of how princes and princesses have tried, with varying degrees of success, to carve out car
0
Jan 15, 2020 9:17 AM By: Canadian Press 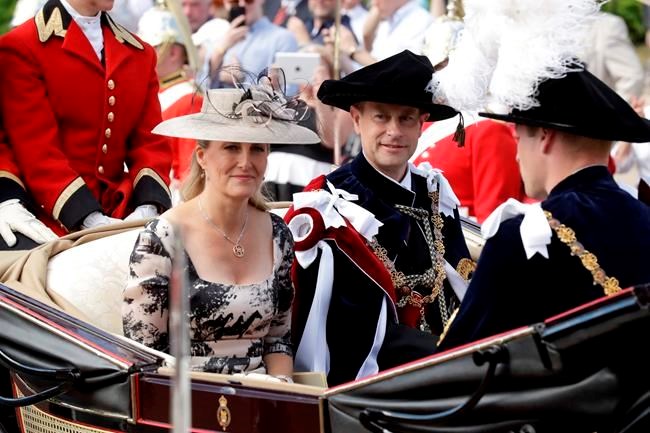 THE HAGUE, Netherlands — As the British royal family wrestles with the future roles of Prince Harry and his wife, Meghan, it could look to Europe for examples of how princes and princesses have tried, with varying degrees of success, to carve out careers away from the pomp and ceremony of their families’ traditional duties.

While many members of European royal families pursue careers, some of their experiences offer up a lesson for Harry and Meghan as they seek to disengage from the House of Windsor and move into the private sector: Don’t try to cash in on your royal connections.

Dutch King Willem-Alexander has a full-time job as his country’s monarch, but he still finds time to fly KLM passenger jets to rack up enough hours in the cockpit to keep his pilot’s license.

Willem-Alexander’s wife Maxima, an Argentine by birth, has plenty of royal duties but also acts as the U.N. Secretary-General’s Special Advocate for Inclusive Finance for Development, promoting microcredit and other initiatives around the world.

But even the rock-steady Dutch royal family has hit turbulence in the past over business dealings. Willem-Alexander’s late grandfather, Prince Bernhard, resigned from official functions over his alleged role in a bribery scandal involving plane maker Lockheed. Former Lockheed vice chairman A. Carl Kotchian told a U.S. Senate hearing in 1976 that Bernhard had been given money in the early 1960s to promote the company's sales in the Netherlands.

A Dutch government panel concluded that the prince had solicited payments of between $4 million and $6 million, but found no conclusive evidence that he had actually received money, apart from $100,000 that Bernhard acknowledged and said he distributed as “Christmas presents.”

Prince Laurent, the brother of Belgium’s King Philippe, has long struggled with his royal role and obligations that come with his annual taxpayer-funded endowment.

In an emotional 2018 letter, Laurent wrote that since his youth “my existence was at the service of my brother, my family and the state. I could not work as I pleased or develop projects which could have given me some independence."

The letter didn't prevent the Belgian House of Representatives docking his annual endowment of around 300,000 euros by 46,000 euros after he showed up at a Chinese diplomatic function in military uniform without the consent of the government.

Princess Martha Louise, the oldest of King Harald’s children and fourth in line to the throne, gave up the "royal highness" part of her title in 2002 when she married Norwegian writer Ari Behn.

Martha renounced the title saying she wanted the freedom to pursue private interests, including running a cultural and arts business and appearing on television and in the .

After her divorce from her husband of 14 years, she and her new American boyfriend, Durek Verrett, organized seminars called "The Princess and the Shaman.”

However, after hefty criticism, she apologized and said she would drop her royal title in future work .

When Christopher O'Neill, a British-American, married Sweden’s Princess Madeleine in 2013, he declined a royal title so he could continue to work as a financier.

He appears alongside the royal family at major occasions. The couple and their three children, who all have royal titles and are in direct line to the throne, have since moved to Florida.

Members of Spain’s royal family hold down many honorary jobs, but only Princess Cristina and her now-imprisoned husband were known to be active in the private sector.

Cristina has worked for Spain’s Caixa bank foundation and the Aga Khan trust. But husband Iñaki Urdangarín, King Felipe VI’s brother-in-law, was convicted and sentenced in 2016 for using a non-profit institution he co-ran to embezzle about 6 million euros in public funds.

A court found that Urdangarin and his business partner exploited the duke’s privileged status to obtain public contracts related to sports events. In the midst of it all, Cristina and Urdangarín were removed as official royal family members. Cristina was acquitted of any criminal responsibility but her summons was a first for the then King Juan Carlos’ immediate family.

The probes seriously damaged the image of the king — once one of Spain’s most respected figures — and eroded Spaniards’ admiration for their royal family, especially as the investigations coincided with a severe economic crisis that widened the gap between rich and poor.

Closer to home for Harry and Meghan, British royals have in the past tried to pursue professional careers with varying degrees of success. Prince Edward, the youngest son of Queen Elizabeth II, launched in 1993 a TV production firm called Ardent that failed in 2011 after years of mediocre performance. Many of its films dealt with the royal family and its history.

His wife, Sophie, tried to keep her established public relations firm going after she married Edward in 1999, but she was embarrassed two years later by an undercover reporter pretending to be a wealthy sheikh interested in doing business with her firm. In response, she hinted that the prospective client would get greater publicity because of her royal status.

Edward and Sophie have both concentrated on full-time royal duties in recent years rather than pursue private business interests.

Volatility defines Democratic race as candidates flood Iowa
Jan 25, 2020 10:39 PM
Comments
We welcome your feedback and encourage you to share your thoughts on this story. We ask that you be respectful of others and their points of view, refrain from personal attacks and stay on topic. To learn about our commenting policies and how we moderate, please read our Community Guidelines.