The healing powers of Rockway Gardens 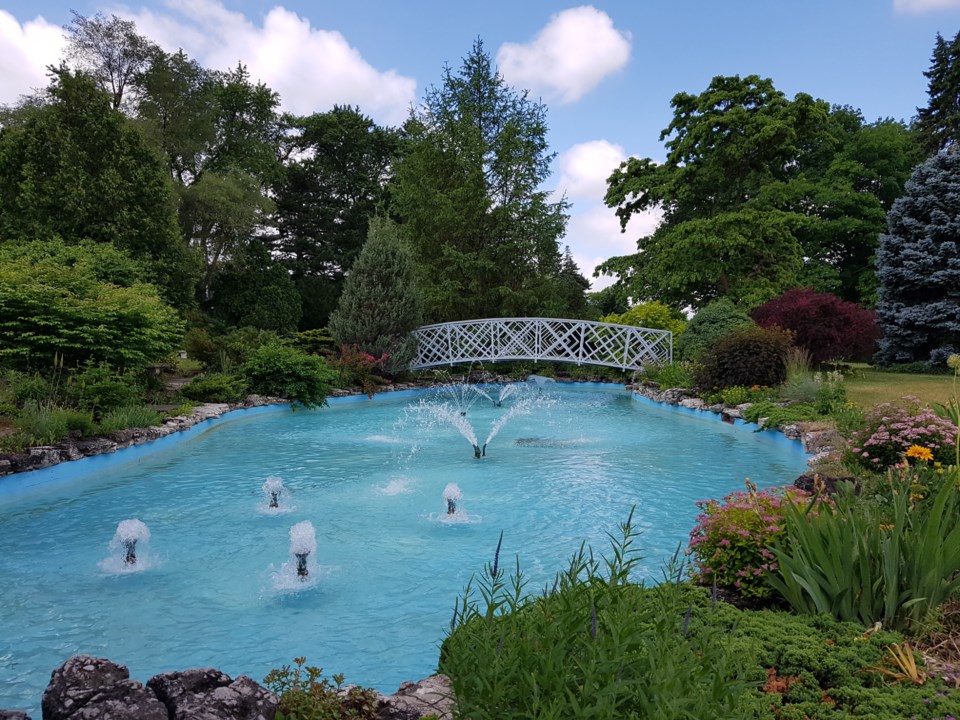 On any given Saturday, you will find Rockway Gardens brimming with excitement. It’s become a familiar backdrop for weddings, graduations, communions, and milestone celebrations.

The people behind the Gardens see it as more than just a picturesque background; they say it has healing properties. Bruce MacNeil, Past President of Garden Kitchener/Kitchener Horticultural Society and long-time Member of the Board, says he has witnessed the power of the Gardens.

“One of our members, when showing her garden years ago, had a little handout that she gave each of the attendees,” he says. The handout described the role the garden played in her battle with cancer. “It is because of the healing power of gardening that I became involved with Rockway Garden,” said MacNeil.

Honourary Board Member and Life Member of the Society, Maryanne Weiler, says it’s the TLC from staff and volunteers that make the Gardens unique. “The plantings of the beds is in the old English style known as bedding out. The beds are adorned with the colours of the rainbow. Each year is different, and the patrons await the coming year’s design,” she says. “There is also a 500-foot perennial border that provides additional colour from spring to fall. Trees and shrubs are scattered over the 7.2 acres; the public has donated these trees in memory or honour of individuals.”

The history of the Gardens dates back to the Depression. Many people in the community were out of work,” said MacNeil, “the city forgave taxes for those that worked on the project.”

The design of the Gardens replicates Canada’s geography from coast to coast. “One-third of the way from the Eastern side, there is a cascade (waterfall) that has five pods representing the Great Lakes,” says MacNeil. “A little further along is another cascade with three pods (Great Slave, Great Bear Lakes and Lake Winnipeg). As I walk along the Rockery, I can imagine where I am in Canada.”

Sixty-five garden beds, a perennial border, two cascades, three water features (Schneider Fountain, a large pond, and the Jansen Fountains), a carpet bed and a gazebo make up this special place run by the passionate staff and dedicated volunteers.

“Since 2000, we have reconstructed parts of the Gardens,” says MacNeil. Recent updates included moving the Jansen Fountains across Charles Street, adding a bridge across the central fountain, a gazebo, a stone arch, a pergola, and chess tables.”

If the Gardens could speak, they'd share a novel full of stories.

“There was one fellow who drove his vintage Mustang onto the grass in front of the stone arch and brought a photographer with him. He told me that he was going to be buried in his Mustang and wanted to get some photos of both of them,” says MacNeil. “There was another time that I went to the Gardens on a Saturday to see 15 wedding parties waiting for their turn to take photos.”

A woman named Dorothy Elliot, who was a long-time visitor and donor, purchased several items to support the Gardens. “On Dorothy’s 100th birthday, she was brought to the Gardens by her family. We put her in our little yellow tractor, decked out in balloons, and drove her to the gazebo for her birthday party,” said MacNeil. The structure is now officially known as the Dorothy Elliot Gazebo.

“We receive a grant from the City to operate the Gardens. We also accept donations from residents to plant trees and put towards the purchase of benches. It would be nice if the wedding parties made donations when taking photos in the Gardens,” he said. “And perhaps when talking to city reps, mention how much they appreciate the efforts of the gardeners and the Society.”

Weiler adds, “we are preparing for our annual bulb and plant sale, which has been delayed because of COVID.” Updated information will be posted on the website.

The Society has managed the gardens since inception, a flyover tour of the gardens can be viewed on their YouTube Channel.