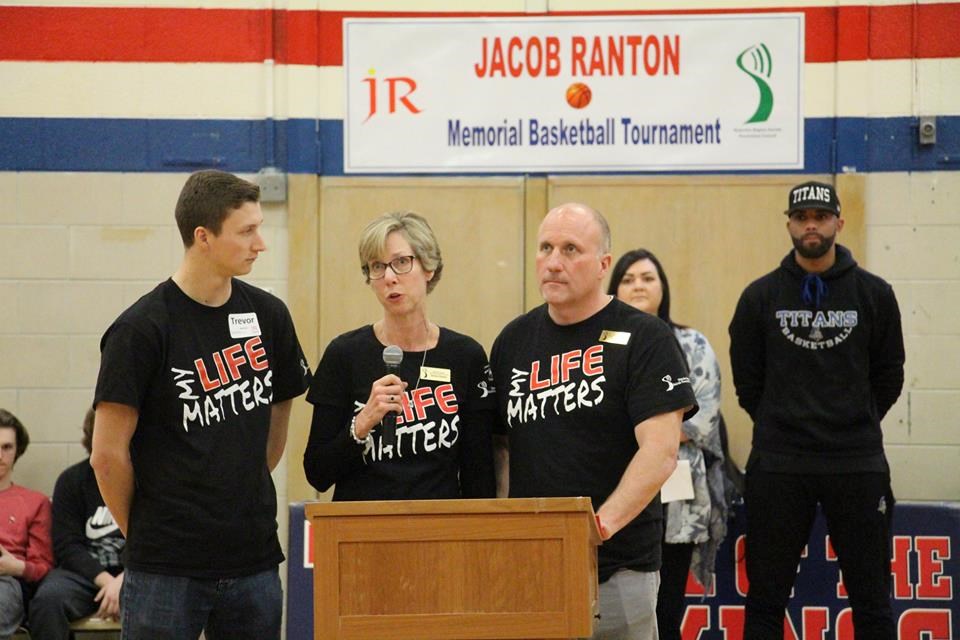 20-year-old Jacob Ranton, was described as one of those guys that everyone wanted to be around. He was a rising athlete, earning a basketball scholarship at Memorial University, in St. John’s Newfoundland  - but in December, 2014, his game would come to an abrupt end.

“He was, at the time, the third leading scorer in the Atlantic University league and really coming into his own. We were so proud of him,” says Jacob’s father, Doug Ranton - "and with his 6’8” stature, he was not going unnoticed.”

It was Christmas break, Ranton had returned home to spend time with family and friends. “He went back to his high school and practiced with former teammates and talked to them about taking that next step to play basketball, at the post-secondary level.”

This would be the last time he played.

Looking back, Ranton says, “What teenager doesn’t have trying times? They are trying to figure out who they are, where they fit into their social world, school, and society and ultimately figure out where life is taking them.”

Jacob, who excelled in sports, was involved in leadership roles at both his elementary school and high school. He was destined to do great things.

All of this would end on December 23, 2014. “Our lives as we knew them would never be the same again. Our son, Jacob, a 6’8” basketball player with an incredible smile, was hiding an illness that ended his life. On that day, our gentle giant died by suicide.”

His mother, Sandra, says family and friends were left in complete shock. “What could have possibly caused this vibrant, happy young man to make the decision that things were so bad he could not go on living?”

“Unfortunately, we will never have answers to those questions,” she says.

As part of their grieving process, the Rantons created the annual Jacob Ranton Memorial Basketball Tournament “He loved the game of basketball, it made sense.” Jacob himself had played in the tournament. His former WCI coach, Craig Nickel, suggested the name change; with a focus on mental health.

Ranton is remembered as a loving, kind, funny, and generous kid, who loved the game. All of these characteristics live on in his legacy tournament.

“If sharing Jacob’s story helps one individual open up and not feel the pain that Jacob did or if by sharing it, we prevent a family from travelling the road we have, it is all worth it,” says Ranton.

His family hopes to normalize the conversation around mental health. “We would share and seek help if he had heart disease, or diabetes, mental illness is the same.”

Their message is to start asking, “it’s important to ask the difficult questions if someone is struggling. It might make them realize that others care and are willing to help. You don’t have to struggle alone.”

The tournament on Friday, December 13 at Waterloo Collegiate Institute – has raised $160,000, to date for, Waterloo Region Suicide Prevention Council.

Harm Reduction Coordinator faces major challenges during pandemic
May 25, 2020 9:15 AM

Local historian wants your COVID-19 stories
May 11, 2020 1:45 PM
Comments
We welcome your feedback and encourage you to share your thoughts. We ask that you be respectful of others and their points of view, refrain from personal attacks and stay on topic. To learn about our commenting policies and how we moderate, please read our Community Guidelines.