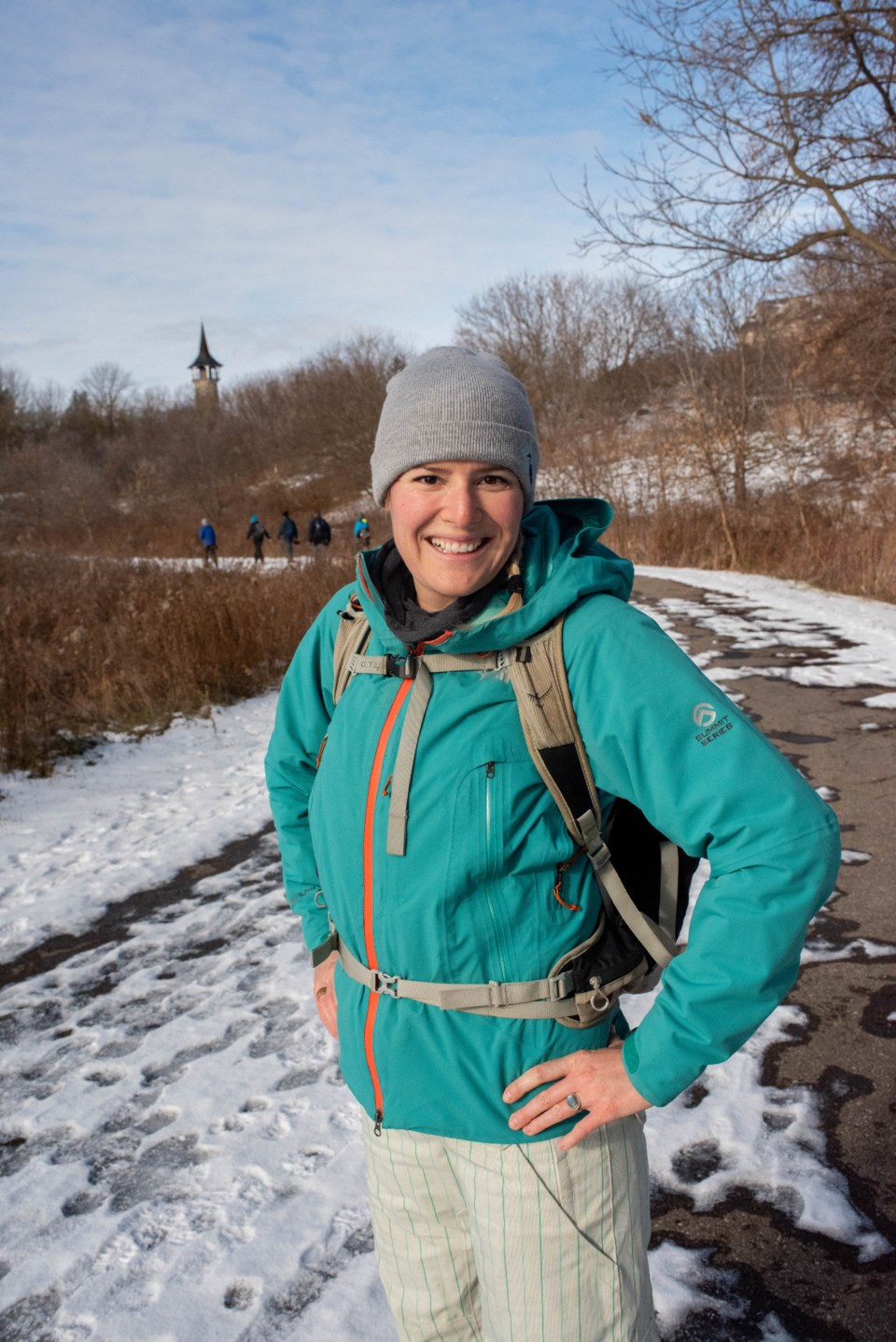 Tessa Jennison, creator of Waterloo Region Crossing, once ran for Kitchener City Council (Ward 9), in 2014, finishing as runner-up. She is classically trained in both piano and jazz and, at one time, offered free music lessons to youth at OneROOF. She’s worked on film scores for shorts, feature-length films, a miniseries, and has released two music albums.

She’s an Adventure Racing World Series competitor. “This grueling athletic endeavour has not only led me through some of North America's most remote, dangerous, untouched wilderness, but it has also taught me how to successfully navigate small group dynamics under immense physical, mental, and emotional strain,” said Jennison.

Her multi-faceted repertoire, work ethic, and desire to help can be traced back to a complicated childhood. “My parents had a volatile divorce that was drawn out for several years.”

She and her brother would spend a lot of time with their grandmother, a woman who was loving without condition. “I never heard her say a negative thing about anyone. There was a calm and peacefulness about her that I will always strive toward,” she says.

As an escape she would read, gravitating toward Canadian novelists, Farley Mowat and Gary Paulsen because they wrote stories about young people facing adversity.

“I loved the survival and self-reliance of the characters, and immersing myself in this kind of literature instilled a deep respect for the wilderness and a longing to discover it for myself. I started adventure racing in 2010, and fell completely in love with the sport.”

When asked to describe her motive for orchestrating community initiatives, she said, in one way or another community-work has been in her family for decades.

“In the 1920's, my great grandfather George Hoffman ran The Hoffman Family Bakery on King Street, near Stirling Avenue, in downtown Kitchener. Every Saturday he'd bring his baking to the market to sell, and at the end of the day he and the other vendors (butcher, dairy farmer, produce) would trade goods. Every Saturday evening, a young widow with two children would take the trolly car from Waterloo to the bakery, and he would set them up with groceries for the week. Years later, her children told one of my relatives that without his generosity, that family would have starved.”

Waterloo Region Crossing is a 65km/24hr winter trek, with a purpose of raising awareness about the risks of exposure for homeless citizens. Funds raised benefit The Working Centre, which Jennison refers to as an amazing social services pillar in our community.

The idea was born during a polar vortex, in 2018. “The shelters were beyond capacity, and homeless people were freezing to death in the streets. I felt compelled to do something,” she says. “We are seeing unprecedented numbers of homeless people, and we have a 7+ year affordable housing wait list.”

The first year it was just her and two colleagues who embarked on a cross-regional journey. “We walked for 20 hours non-stop to raise awareness about the risks of exposure for homeless, and to demonstrate the scale of our region. In 2019, we were joined by 100 citizens, and we fundraised over $45,000.”

Why 65 km? “Rapid gentrification in the city cores is pushing lower income citizens further away from the services they need, and many of them walk to get where they need to go. The further out they are pushed, the more arduous that journey becomes,” says Jennison. “As the crow flies, the distance across Waterloo Region from the two furthest boundaries is 65 km.”

$45,000 for The Working Centre meant investing in the construction of a first-of-its-kind transitional housing and medical facility downtown.

“We are also working on a feature-length documentary film that explores the citizens of Waterloo Region's collective potential to set an example as leaders in social compassion and environmental stewardship.”

You can track the event, live, on February 8.