'I was told I had Partial Paralysis also known as Palsy. I was trapped in my own body and was at the mercy of everyone around me'
Sep 23, 2019 12:49 PM By: Natasha McKenty 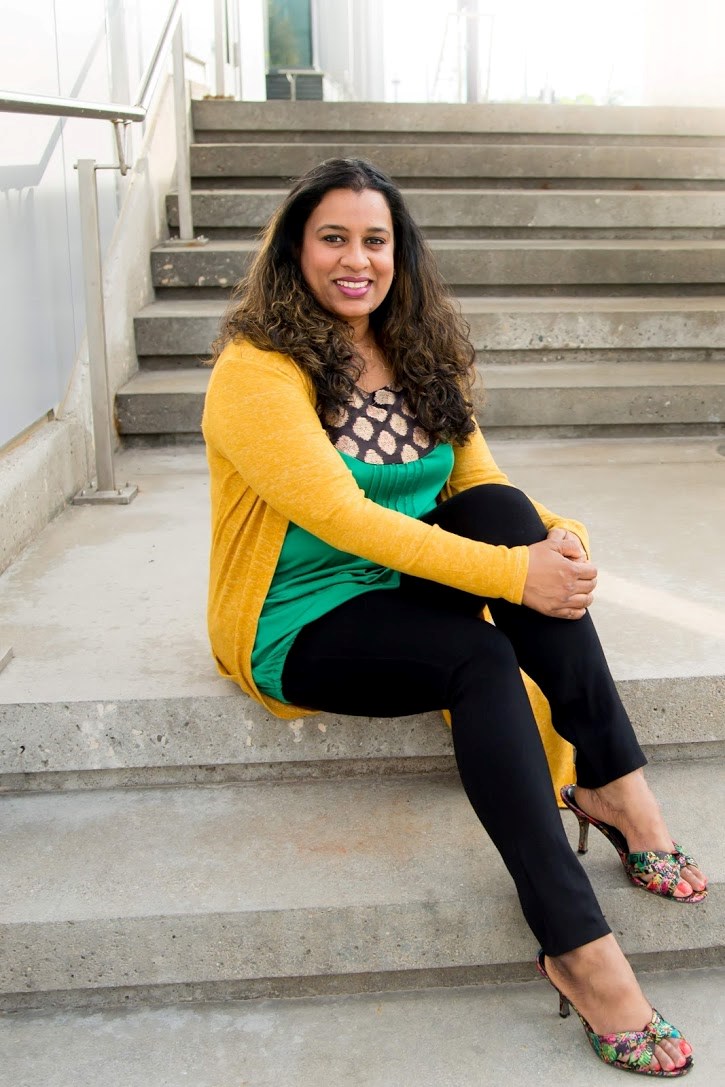 Born and raised in India, Rashmi Sanjay would move to Canada in 2003. She credits her parents' struggles for shaping her tenacity.

“They started life from scratch, after walking out of their respective homes - for love,” says Sanjay.

Her mother would become an accredited fashion designer and a restaurateur. Her father would run his own factory, his reputation synonymous with honesty in the local automobile industry.

Sanjay met her husband just four days before the wedding. “It was an arranged marriage,” she says, “and we have been married for over 16 years now.”

The perseverance of her mother and her father’s ability to remain focused, on what matters in life, would soon become detrimental. Life was about to test the mother of two.

It would begin with a visit to her family doctor, “to check on the numbness and tingling in my fingers and toes.” An MRI would reveal a tumour on her spinal cord.

“My first obstacle was the neurosurgeon I was referred to, in Hamilton, who wrote me off completely,” she says. He told her she would end up a quadriplegic and/or on a ventilator permanently.

A second opinion, in Toronto, delivered a similar prognosis.

Trips to specialized hospitals meant driving to Hamilton, London and Toronto, sometimes leaving at 5 a.m. to avoid traffic and stress. “We requested MRI appointments that were past midnight so we could drop off our kids at a friend’s place, and be back to pick them up early in the morning to get ready for school and work.”

She began blogging and visualization. “I am a very visual person, so I would imagine that my tumour was shrinking. I imagined my whole body floating so my mind could calm down.”

“I didn’t get so lucky. There was swelling around the tumour which started to compress the spinal cord." The complex surgery they were trying to avoid was imminent. “I looked at my husband, I could see his eyes filled with tears. I held his hand and said, I can do this.”

Making arrangements for wheelchair accessibility and revisiting her will, she left directions regarding how long she’d choose to be on a ventilator or what to do if she slipped into a coma. “Reality really hit me hard that night, realizing how close I am to losing everything,” she recalls.

In the murkiness of these decisions her priorities became clear. All that mattered now was her family. “It was not my job, not the house, not the vacations, nor the opinions of people, nothing else mattered.”

Knowing she might not see them again, she returned to India to visit family.

“I went shopping for Halloween costumes, birthday and Christmas gifts for the next four years. I wrote my kids letters for every occasion, including Mother’s Day. Everything I was doing in the weeks prior to surgery felt like it was my last time doing them.”

After the procedure, “the nurses came by every hour to check my vitals and poked my entire body with a needle, I couldn’t feel a thing on my left arm, I had pins and needles in my back and scalp and was told my sensory nerves were damaged from the surgery.”

On the fourth day, post-surgery, her lungs began to collapse.

“I was told I had Partial Paralysis also known as Palsy. I was trapped in my own body and was at the mercy of everyone around me,” says Sanjay.

While sharing a room with another patient, she was attacked. The nurses came to her rescue, but she recalls shaking in fear and crying all night - she had never felt so helpless.

After nine-months of rehabilitation, she says, “I may look perfectly fine from the outside, but I continue to have extensive nerve damage and severe neuropathic pain - with electric shocks in my body all the time.” She also continues to deal with headaches, breathing issues, dizziness, chronic pain and nausea.

She continues to work, profiles inspiring people on a local radio show, tends to her family and delivers motivational speeches at local events.

“I strongly believe we underestimate the power of our minds, so much so that we process the negative aspects way faster than the positive and we always assume the worst.”

You can connect with Rashmi at www.rashmisanjay.ca